Sunday, October 4 in Glennon Brothers Pearse Park at 4pm. Game will be streamed live on An Longfort TV 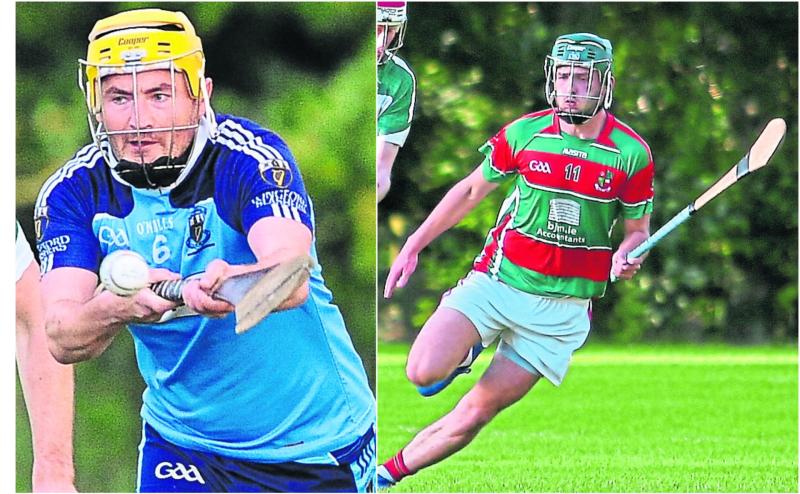 It’s a repeat of the 2017 County title decider as Longford Slashers take on Wolfe Tones Mostrim in the Senior Hurling Championship Final at Glennon Brothers Pearse Park on Sunday next, October 4 at 4pm.

Wolfe Tones are the kingpins of Longford hurling with 19 county titles. Slashers are behind them with 11 SHC title triumphs but have not been crowned county hurling champions since 2001.

Sunday, October 4 in Glennon Brothers Pearse Park at 4pm. Game will be streamed live on An Longfort TV

Last year Slashers lost out to Clonguish Gaels in the final but gained revenge this year in their group stage by beating the champions and in doing so knocked them out of the championship.

A superb first quarter of hurling laid the foundations for Slashers great win over Clonguish in their opening championship game.

Slashers know they will have to put in a repeat performance on Sunday if they are to become county champions because they will be up against a side who know how to win finals.

Wolfe Tones have not lost a final since 2012 when they went down against Clonguish Gaels.

In the first round of this year’s championship Wolfe Tones had a fine win over Clonguish Gaels. They put in a fine performance that day and signalled their title intentions.

When the 2020 finalists clashed in the championship last year Slashers overcame a three point half-time deficit to defeat Wolfe Tones and knock them out of the championship.

Slashers had to fight hard for the win with Eoin Donnellan, Johnny Casey and Conor Gallagher all playing a notable part in the success on that occasion. They will be looking towards those players again on Sunday but Wolfe Tones will be going all out to gain revenge for that setback.

The big boost for Slashers is the return of Karl Murray from injury. Murray missed last year’s championship due to a cruciate injury. He put in an excellent performance against Clonguish Gaels in Slashers last game. Kealan Cox also had a great game against Clonguish and Slashers will be delighted to have those two players back.

They will be without Cian Kavanagh but have good forwards like Reuben Murray, Donnellan and Sean Stakelum to call upon. One thing about Slashers this year is they have plenty of players to score from various positions on the field.

They were able to call upon Gareth Ghee to come off the bench against Clonguish and he scored a point. Ghee is a very experienced player for Slashers to have in their squad.

Wolfe Tones are quite similar to Slashers, they have a tight defence and a number of match winners in their side.

They also have a mixture of youth and experience. John Mulhern is back this year and is a huge asset for the Mostrim side. He is one player that Slashers will have to mark well.

In defence Wolfe Tones have fine players like Cian McLoughlin, Evan Tully and Joe Gaffney while Luke Kelly in the middle of the mark puts in a lot of hard work and was immense against Clonguish Gaels in the opening game in the 2020 championship.
Wolfe Tones will look towards Mulhern but they also have other players who can score; the experienced Martin Coyle along with Daniel Connell, Maitiu O’Donoghue and Ian Campbell.

They brought on Seamus Hannon and John Newman against Clonguish and these experienced players will be pushing for a starting place in Sunday’s final.

The Mostrim club has a strong panel of players to choose from. The game is not about the starting 15 anymore but the entire panel.

Slashers have improved since last year and impressed in the recent win against Clonguish Gaels.

The last time these two sides met in the county hurling final was in 2017 with Wolfe Tones winning by one point and Sunday’s title decider will probably be just as tight in the battle for the Duignan Cup.