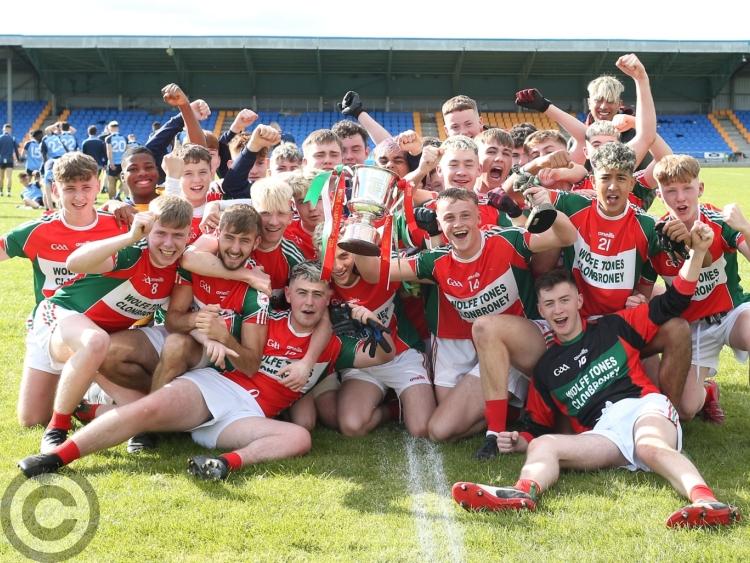 Just a single point separated the sides in the finish with Clonbroney/Wolfe Tones emerging victorious in the exciting Minor Football Championship Final at Glennon Brothers Pearse Park on Saturday.

Goals at crucial stages of this entertaining encounter gave the Sean Connolly’s/Mostrim amalgamation the edge and they held out to capture the Harte Cup after Cameron Cassidy planted the ball in the back of the net midway through the second half.

That decisive score left Slashers trailing by 3-5 to 1-9 and a few missed chances late in the game proved costly as Clonbroney/Wolfe Tones eventually came out on top by the minimum of margins.

The opening goal for the amalgamation came from a penalty converted by man of the match award winner Tiarnan Hussey with four minutes gone in the game while Bobby Crilly scored the second goal in the early stages of the second half.

Dean Coughlan got the Slashers goal with seven minutes gone on the changeover and while the reigning champions went on to establish a three-point lead, Clonbroney/Wolfe Tones came storming back to win the U-18 county title