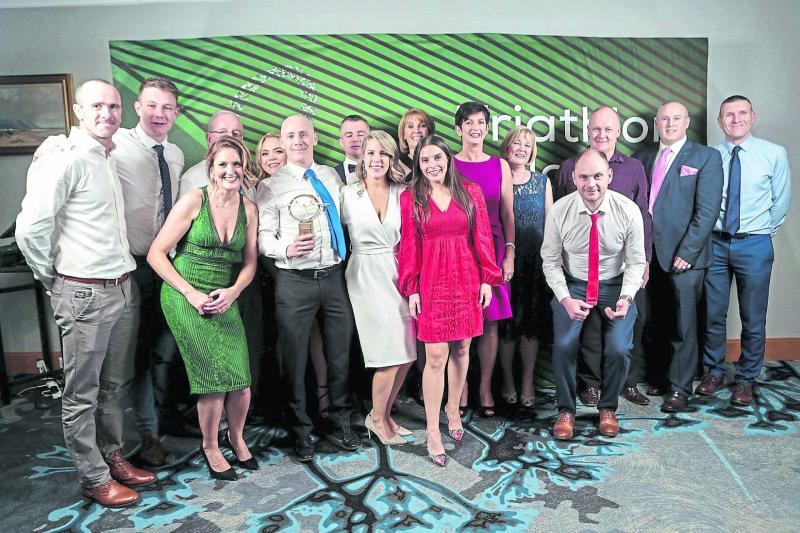 Lanesboro Triathlon Club has been named Best Triathlon Club in Ireland for 2019 following the annual Triathlon Ireland awards, which took place in the Conrad Hotel, Dublin, on Saturday, November 23.

Over 17 club members were on hand to celebrate the win and club chairperson Cian Crosbie accepted the award, which recognised the hard work carried out by the club since 2010. Club member Frank O'Connor also took home a number of medals for coming in the top three places in different races.

Lanesboro Triathlon Club been the host of the National Sprint Triathlon Series for a number of years and their own Two Provinces triathlon each year in July and draws upwards of 600 athletes to compete in what is fast becoming the best Sprint Triathlon in Ireland.

As of the last few weeks, Lanesboro Triathlon Club is the only club in Ireland with its very own gym and meeting rooms, which were officially opened earlier this month.

The club also has a Zero2Tri initiative, which encourages more members to get involved. Zero2Tri will kick off again in January.

If you would like to do a Triathlon or just begin with an Aquathon (swim and run) , Learn or improve your Swim/Bike/Run, new members are always welcome. See trilanesboro.com for more information.