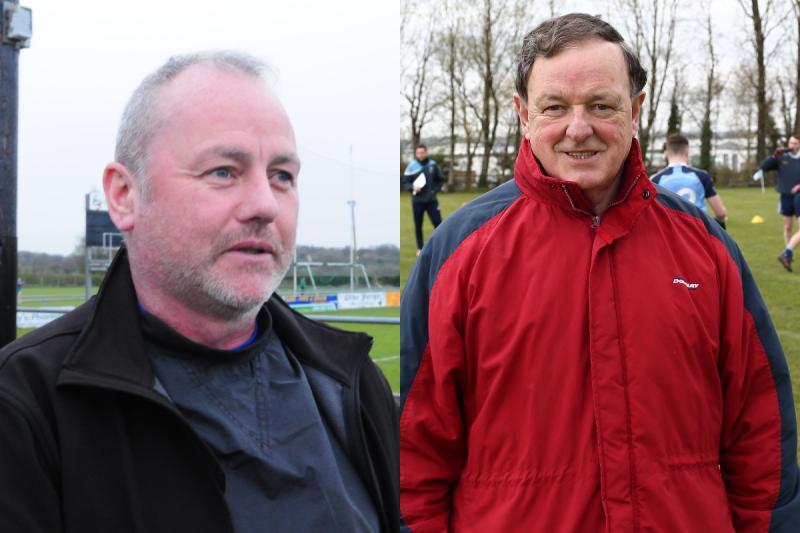 Amid all the hype surrounding Dublin’s drive for a historic five-in-a-row of All-Ireland SFC titles, spare a thought for the Abbeylara senior footballers in their quest to capture the Connolly Cup!

The north Longford side are seeking to reach the county final for the fifth year in succession in their fierce desire for championship glory but have suffered the bitter disappointment of agonising defeats in 2015, 2016, 2017 and 2018 - the last three against arch rivals Mullinalaghta.

While the picture has changed considerably in that St Columba’s are gone, Abbeylara have been hard hit by injuries with Jason Kelly, Michael McHugh and Shane Mahon all missing the comfortable 2-12 to 0-8 win over Carrickedmond in the quarter-final.

Nigel Rabbitte is apparently another cause for concern with a hamstring strain and there is still no sign of star forward Robbie Smyth who was over in the United States for the past few months but is back home. The big question is whether Robbie will feature in the semi-final showdown against Longford Slashers at Glennon Brothers Pearse Park on Sunday next, 5.30pm.

The appointment of Mickey Harkin this season for a second stint as the manager of Abbeylara may well prove to be a good omen as he was in charge the last time the club won the Connolly Cup back in 2006. Regardless of the injury problems the value of the vast experience on the current Abbeylara team has to be a vital factor and they will be hard beaten with Conor Berry leading the charge in the intriguing last four clash.

With the notable exception of seasoned campaigners Dermot Brady, Peter Foy, Barry Gilleran and Niall Mulligan, Slashers are generally a young team on a learning curve and were not considered to be serious contenders for the county title this year.
After failing to qualify for the quarter-finals in 2017 and 2018, Slashers main aim was to make it through to the last eight in earning a first senior championship appearance at Pearse Park in three years.

That target was achieved with a draw against Colmcille and a win over Rathcline in the group stage at the regional grounds and they entered bonus territory in taking on a fancied Clonguish side in the previous round. It must be said that Slashers grew in stature that day as they grinded out a gutsy one point success with outstanding centre-half-back Gerard Flynn and so competent goalkeeper Colm Farrell playing the leading roles in a fine team performance.

Flynn is a member of the talented young brigade in the rebuilding process and another boost for Slashers is the return of Peter Lynn who spent the summer in the United States. Lynn was a regular starter for the Longford seniors in the National Football League this season and Slashers will be quietly confident of reaching the county SFC final for the first time since 2013 when the town club last won the title.

The new Slashers manager Noel O’Brien is a shrewd operator and is no stranger to Longford club football, having coached Ardagh, Fr Manning Gaels and Granard in the past. The Roscommon native has been utilising his vast experience to get the best out of Slashers, particularly their promising young players, and this is a work in progress.

Noel guided his home club St Brigid's Kiltoom to a couple of Connacht Club SFC titles (2010 & 2011) and knows exactly what it takes to achieve success.

Whether Slashers are good enough to get past Abbeylara remains to be seen but there should be little separating the sides in the battle for a place in the 2019 senior football championship final against Killoe on the first Sunday in October.