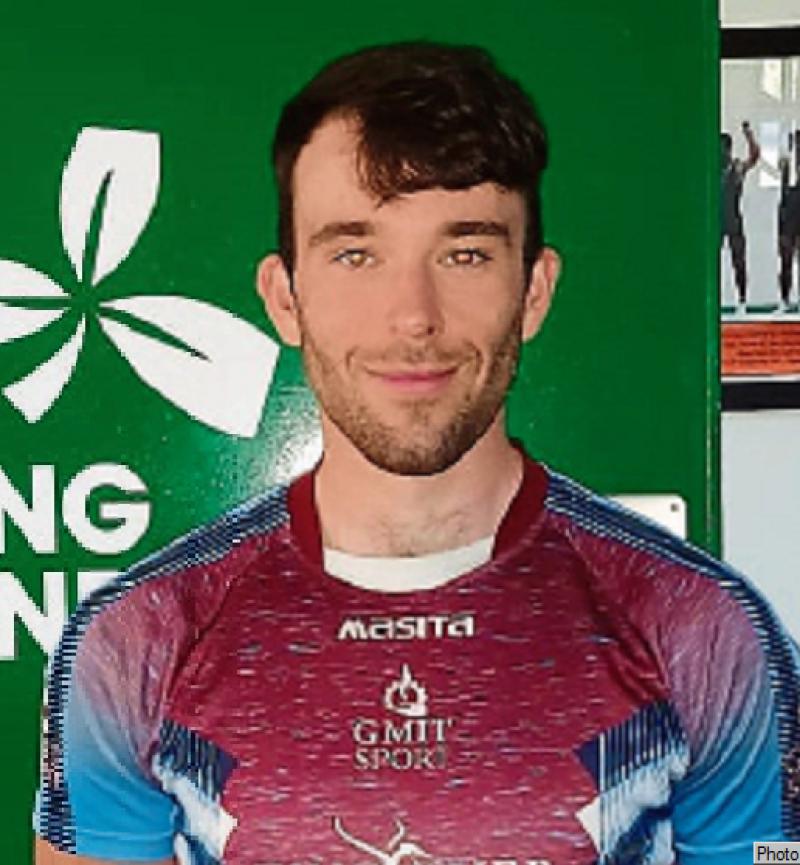 Bríon O’Rourke (pictured) is the son of Breffni O’Rourke, former Rathcline man and grandson of Kay and the late Gerry O’Rourke, Knock, and Fidelma O’Rourke a Castlerea Co Roscommon native.

Bríon (aged 21) and from Galway city has been selected to represent Ireland at the U23 World Rowing Championships 2019 to be held in the USA from 24-28 July in Sarasota, Florida. Bríon currently rows with NUI Galway (NUIG) Boat Club and has previously competed for Ireland at Junior level and Senior level at the Home Internationals in Cardiff and Glasgow.

Bríon started his rowing career in 2012 with St. Joseph’s College ‘The Bish’ in Galway city, and medaled on numerous occasions at junior national level as a member of Bish crews. Since joining NUIG Boat Club in 2016, he has medaled in the men’s senior 8 at the Irish Championships in 2017/18. With NUIG in 2017, he also won a national title at Intermediate level (men’s coxed fours) and two Irish University championships.

He won gold at the London Met Regatta on three occasions (2017-19) with an NUIG coxed-four. As a member of a highly rated NUIG crew, he reached the quarterfinals of the prestigious Henley Royal Regatta in 2018, losing narrowly to Columbia University USA.

He is currently a third year Mechanical Engineering student at GMIT Galway where he is on a sports scholarship. He has also competed for GMIT in the Irish University championships.