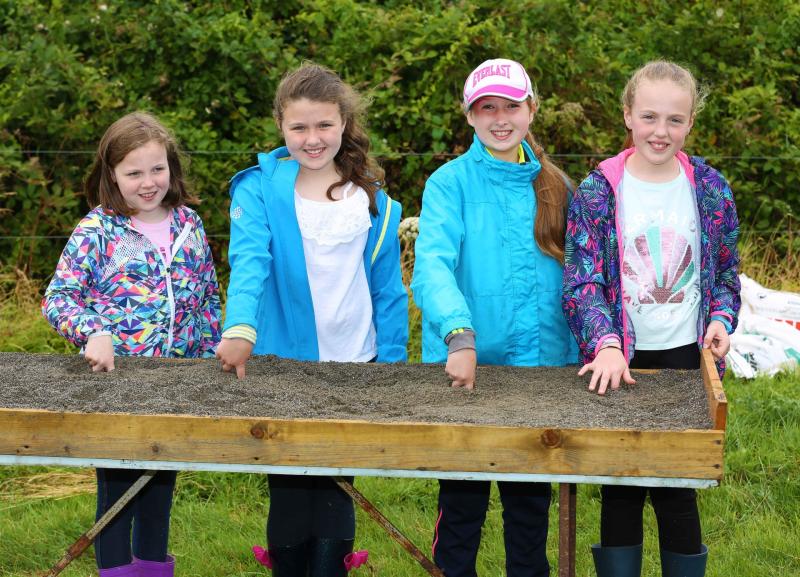 It is going to be a ‘fair’ day in Ballinamuck on Sunday, July 14, as the 7th annual Ballinamuck Olde Fair day makes its eagerly awaited return to the fair field, which is located across from the 98 bar.

Since it's inaugural year, the fair has since grown from strength to strength.

Committee secretary Belinda McPartland told the Leader, “The Fair Day has been running now for the past seven years.

“The first year we started we organised the whole thing in three weeks and with the help of local businesses donating sponsorship, we managed to pull it all together.

“The day was a great success, so we decided to make it an annual event. “ She added.

Organisers feel the fair is a way to hold onto older traditions, which have started to die out in Ireland.

“We felt the need for a cultural event at which we could showcase our traditions, which sadly have started to fade,” Belinda said.

As always the main feature of the fair day is the vintage parade, which will take place on the day from Gaigue Cross to the 98 bar at 1pm sharp. This will mark the official commencement of the event and will be led by the Longford pipe band. Registration for participants in the parade takes place at Gaigue Cross from 12pm.
Belinda explained, “This year we have new attractions for both young and not so young.

“The Fair Day starts at 1.00pm with a Vintage parade, with some fine vintage tractors, cars and bikes participating, who are led by The Longford Pipe Band to the Fair Day field.

For those with a musical ear, Nite Fever will be entertaining the masses on the fair field, followed by the talents of Looney Hoppers. Attraction wise, the puppet show is sure to attract a large crowd, as is the U10 blitz and many other fun and exciting attractions on site on Sunday, July 14.

Belinda explained, “We are very lucky to have a wonderful team who are with us from the start.

“Our preparations start at the beginning of the year, usually in early February.

“This year we are grateful for having successfully obtained funding from Longford Community Resource CLG, which allows us to promote our Fair Day to a wider audience,” she added.

Another returning attraction this year is the ever popular ‘Bottle Bonanza’, which is a fundraiser being run by the Ballinamuck Enhancement team. Organisers are asking people to help out with the bottle bonanza by donating a bottle of wine/spirits of their choice.

The dog show is also back due to popular demand, with eight classes in total. Registration kicks off at 2pm, with the show itself taking place from 3pm.

“Dog and geese trials will also take place live on the day.

“We also have a vintage harvester with live demonstrations of straw baling and we will have face painting, bungee trampolines, Dinky Diggers, bouncing castles, and there may even be a surprise visit from some of your favourite Disney characters too,” Belinda teased.

Another firm favourite among fair-goers is the trip to Johnny's cottage, which will include storytelling, butter making demonstrations, bread making and traditional cooking.
Other bigger attractions include the ducking chair game, cow bingo and the guess the weight of the heifer game.

Longford ICA have also confirmed that they will attend this year’s fair, selling baked treats of all types from their tent. People can also try their hand at some of Ireland’s oldest traditions at the fair, including basket weaving, boxty making and more.

“You won’t go hungry either, with freshly cooked boxty available, as well as refreshments from the Ballinamuck ICA ladies, including tea, scones, homemade brown bread, cakes and buns,” Belinda promised.
This year’s show will also feature the usual livestock displays, featuring cattle, sheep, pigs and horses, while organisers have also arranged for a number of other family-fun games due to take place throughout the course of the day.

A fundraising raffle in aid of the local community will also take place in the afternoon.

Belinda stated, “We like to help our local community and our raffle raises funds every year to help others.

“Raffle tickets will be on sale with some fantastic prizes on offer, such as €300 for first prize, a load of turf for second and a load of sticks for third prize.

“We are fortunate every year that we are able to donate some of the monies raised to local clubs, groups, and worthy charities, and this year will be no exception.” Belinda continued.

What is rather unusual about the Ballinamuck Olde Fair day, is that organisers do NOT charge.

“Ballinamuck Olde Fair Day is a great day out for people of all ages.” said Belinda.

“We appreciate all those who travel to be with us on the day, some attendees even plan their summer holidays around our Fair Day, and travel from abroad.

“With this in mind, we do not charge an admission fee, instead we ask people to kindly donate whatever they can at the main gate. We are mindful of keeping expenses to a minimum for everyone.”

Concluding Belinda issued one final call to the people of Ballinamuck, Longford and surrounding areas, to make the journey to Ballinamuck this Sunday and yet again show their support to the fair.

She said, “Ballinamuck Olde Fair Day is the place to be this Sunday, July 14, and I would ask those attending to please obey our stewards on the day.

“Thank you to everyone who has helped make the Olde Fair Day a success to date, here’s looking forward to another fantastic day this year,” she concluded.