Cian Mackey making his mark nowadays from the Cavan bench 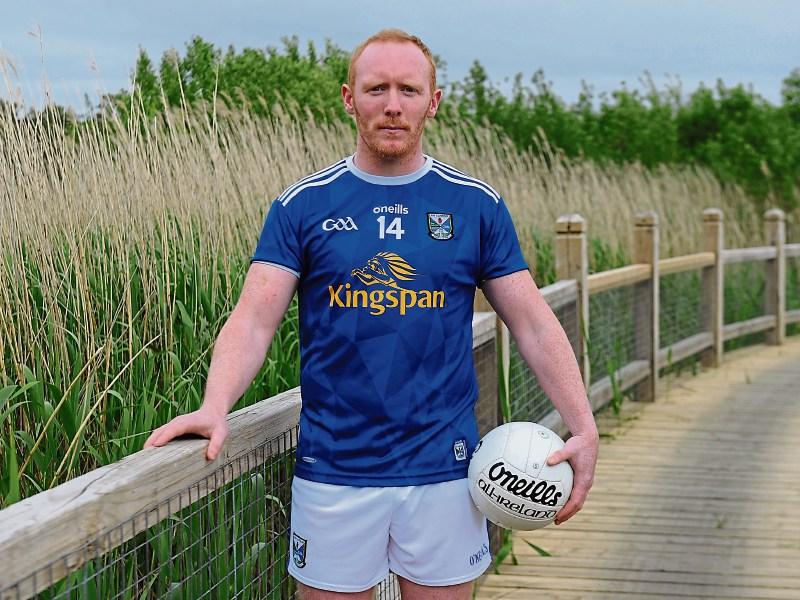 Mention Cavan to any GAA supporter over the last ten years and the name Cian Mackey is always to the fore.

He has almost singlehandedly kept Cavan competitive for a number of years and even this year from the bench he is the main reason they are back in an Ulster final for the first time since 2001.

In doing so Mackey, now in the twilight of his career, will get the chance to play in a provincial final. Mackey came off the bench to save Cavan in first game against Armagh, kicking the last three points for his county.

He admitted to having a few points to celebrate the replay win over Armagh but "we did not go mad”.

Cian did a stint as landlord of ‘Cheers’ Bar in Ballyjamesduff but it was not “a lifestyle for me”.

He is now working as a plumber and the versatile 32-year-old very good at plugging leaks all over the place for Cavan.

Also read: Longford manager Padraic Davis feels his side will have no fear against Tyrone

This is his 15th season for the Breffni boys but he was seriously thinking of staying in London until Mattie McGleenan, brought him back to base two years ago.

He is now in the new role as major impact sub after being the focal point of Cavan for many years, so how “does that sit with him”.

“You want to play as much time as you can and if Mickey asked me to start, I would only be too delighted.

“The way it is that is the role he has for me but if he asked me to start in the Ulster final, I would take his hand off.

“And I feel I still have the legs, but he feels that is the way I can make a better impact coming on and it is horses for courses”.

So is he being brought on when the opposition has been “softened up”.

“That’s true, but I hope that Dara McVeety and the boys can soften up Donegal a wee bit more,” he quipped.

“Possibly the game opens up a bit more, but I am just really happy to be part of the squad starting or coming on.

“The game is still 100 mph even in the last few minutes as every team uses their five subs and there are still going to be fresh legs on to run at defences.”

Cian came into the panel in 2005 as a fresh-faced minor and actually played “inside with Mickey (Graham)”.

“We played in the Qualifiers and I also played a few seasons with Dermot McCabe”.

So did the fact that Mickey Graham was a proven local Cavan star have any impact on his getting the job?

“The big thing with Mickey was that everywhere he went he had success.

“I knew him as a person, and he has a good football brain so he was bringing in Martin Corey who trained my club to our first ever county championship.

“I worked with Martin for a year and knew his pedigree and a lot of lads knew that there was great pedigree when you also add in Dermot McCabe.

So was the experience in getting relegated from Division One a bit discouraging?

“We looked at it and while we were relegated it was only small things that we needed to get right.

“We put our heads down in the eight weeks' build up to the championship and we made sure we tweaked those things that were going wrong.”

So how did it feel coming off the bench in that epic comeback against Armagh?

“Yeah, we were losing by three or four points and it was into the trenches and it did not work for a while but after the sending off of Ciaran Brady everything was thrown to one side and we went for it.”

And the “Cavan crowd” are “brilliant, outrageous when things are going well," he adds.

“There is always a huge roar and especially in Clones every time we got a score.

“If we can get another 10,000 of them into Clones it would be even better, they might not be able to fit them all in, but they are a serious crowd to be fair to them.”

Mackey has soldiered through many lean years with Cavan, so was he waiting for that tranche of talented U-21s to come through?

“Well we got promoted and every year we get promoted and went down but there was always a belief that we were a good league team and we just needed to do it in the championship.

“In 2012 we were almost relegated to Division Four, but from there we went all the way to Division One, so that U-21 success was starting to kick in a bit.”