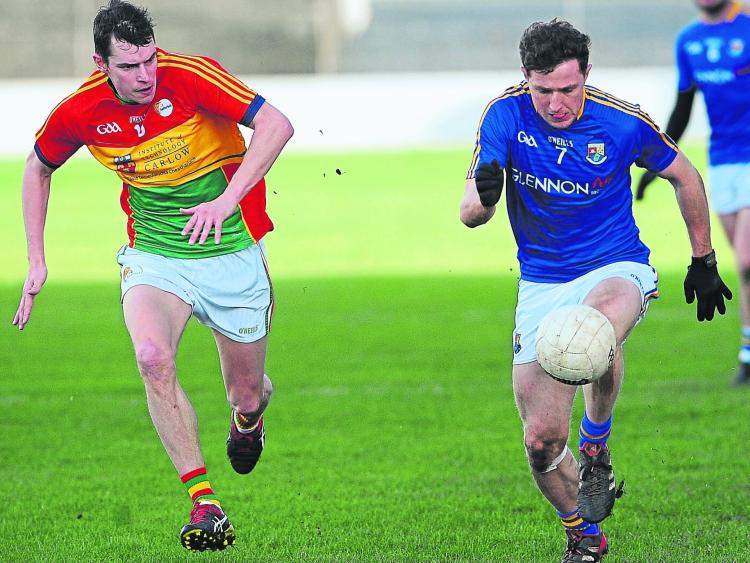 Longford will be in the All-Ireland SFC qualifiers round two draw tomorrow morning  after an emphatic 2-11 to 0-7 victory over Carlow in Netwatch Dr Cullen Park this afternoon.

In the end it proved all too easy for Padraic Davis’  Longford as they advanced to the 2nd Round of the qualifiers with 10 points to spare over a poor Carlow side.

Last February, at the same venue, Longford, minus their Mullinalaghta contingent, also got the better of Carlow by 1-11 to 0-9 in a far more keenly fought Allianz NFL Division 3 contest.

Goals on this occasion by Mullinalaghta duo James McGivney and Patrick Fox in either half ensured that Longford, who lost out to Kildare following a replay seven days earlier, had to much in the tank for their opponents.

Longford will face a beaten provincial semi-finalist in Round 2 and if they are drawn against a Division 1 or 2 team, they will have home advantage.

Longford dominated the game and led by 1-5 to 0-5 at half time but they struggled to convert that dominance on the scoreboard.  They really could’ve put up a higher score but they kicked a number of poor wides in both halves.

David McGivney opened the scoring with a pointed free in the second minute after Donal McElligott was fouled. Although Longford had chances they couldn’t put the ball over the bar and the next point came from Carlow in the 10th minute.

Longford were back in front one minute later when Darragh Doherty passed to Colm P Smyth, he cut inside and fisted the ball to James McGivney, his initial shot came off the post but he finished the rebound to the net, 0-1 to 1-1.

Diarmuid Walshe and Smyth traded points before Carlow cut the gap to just one in the 23rd minute, 0-4 to 1-2. McGivney (free) and a neat point from Darren Quinn gave Longford a three point advantage in the 30th minute.

Quinn and Jordan Morrissey hit over points as Longford held a three point advantage going in at the break: 1-5 to 0-5.

Daniel Mimnagh (free), a great James McGivney point and one from substitute Joe Hagan stretched Longford’s lead to six in the 54th minute, 1-9 to 0-6. Four minutes later the lead was seven points when McGivney kicked over his third free of the game.

Both sides had chances but failed to convert them. Joe Hagan thought he had got his second point in the 62nd minute but the umpire didn’t raise the flag or signal a wide.

Longford got their second goal in the 69th minute when a good move ended with three players bearing down on goal and Patrick Fox was the one to receive the ball from Michael Quinn and finish to the net. His Mullinalaghta team-mate John Keegan kicked over Longford’s final point in stoppage time.