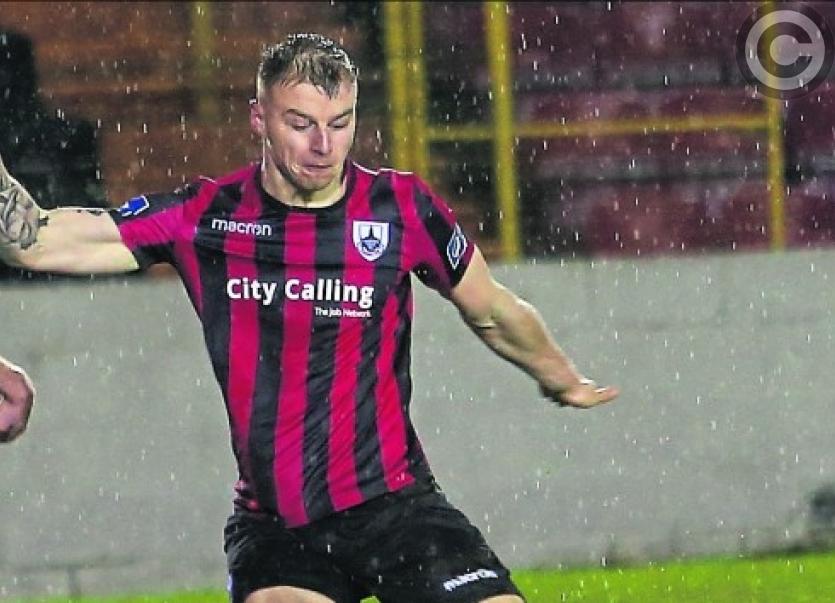 The home side made hard work of the win in front of the 606 attendance and Longford's inability to put away the chances that fell their way nearly proved costly.

For the final 15 minutes of the game they piled on the pressure but it looked like the ball would not go in until Doyle’s shot in the first minute of stoppage time found the back of the Wexford net.

The best chance of the first half fell to the Town in the 34th minute when a corner from Dean Zambra met the head of Conor McKenna but Wexford keeper Chambers dived to his left to prevent the ball from going in.

Longford went close again in the 53rd minute with Dean Zambra’s free-kick producing an excellent save out of Chambers. Nine minutes later Dean Byrne played the ball to Sam Verdon who blasted his effort over the bar.

Out of nothing Wexford very nearly broke the deadlock in the 63rd minute when substitute John Peare’s powerful shot brought a terrific save out of Town keeper Lee Steacy.

Ryan Nolan was then called into action in the 73rd minute when he cleared the ball off the Wexford line.

Sam Verdon’s excellent long range strike brought a fantastic save out of Wexford keeper Chambers in the 78th minute and substitute Jamie Doyle had a chance minutes later but he blasted his volley over the bar.

Doyle came close again in the 85th minute but his header somehow failed to cross the line; it caught Sam Verdon unawares and he was unable to get the vital touch as Wexford cleared the danger.

Just when it seemed as if the Town were going to have to settle for a disapppointing draw, Doyle pounced to score a dramatic winning goal with time almost up to keep the pressure on the league leaders Shelbourne.