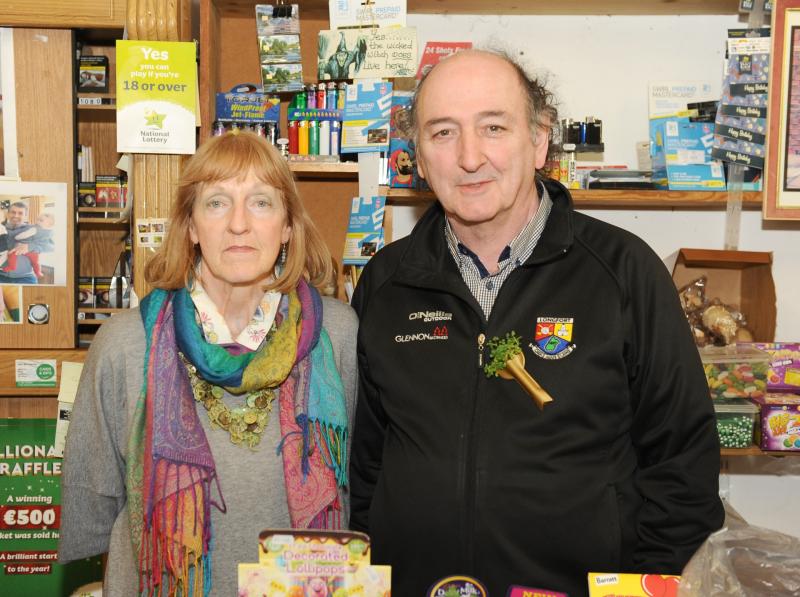 Martina and Joe O'Brien at their shop in Lanesboro where the €238,673 winning ticket was sold in the Lotto draw. Photo: Declan Gilmore

Longford folk you need to check your Lotto tickets this morning as a €238,673 winning ticket was sold at O'Brien's in Lanesboro.

The Longford Lotto player fell one number short of sharing the €4,051,610 Lotto jackpot, matching five numbers and the bonus ball, but still picked up a cool €238,673.

This player bought their ticket at O’Brien’s Corner House, Lanesboro.

The West is certainly awake this morning as a lucky Lotto player in the Galway suburb town of Doughiska won the Lotto jackpot of €4,051,610.

This winner wasn’t the only new millionaire made by the National Lottery last night, as an Offaly Lotto player also scooped a cool €1 million after winning the Lotto Plus 1 top prize.

The National Lottery is appealing to its Lotto players in Galway, Offaly and Longford to check their tickets.

A spokesperson said: “It’s fantastic news that we have two new millionaires from last night’s Lotto draws. These lucky players are the tenth and eleventh Lotto millionaires made this year alone. We are now asking all our players in Galway, Offaly and Longford to carefully check their tickets.”

“If you think you have won one of these life-changing prizes, be sure to sign the back of the ticket, keep these valuable pieces of paper safe and contact our prize claims team on 01 836 4444, and we will make arrangements for you to come to the National Lottery to collect your prize."