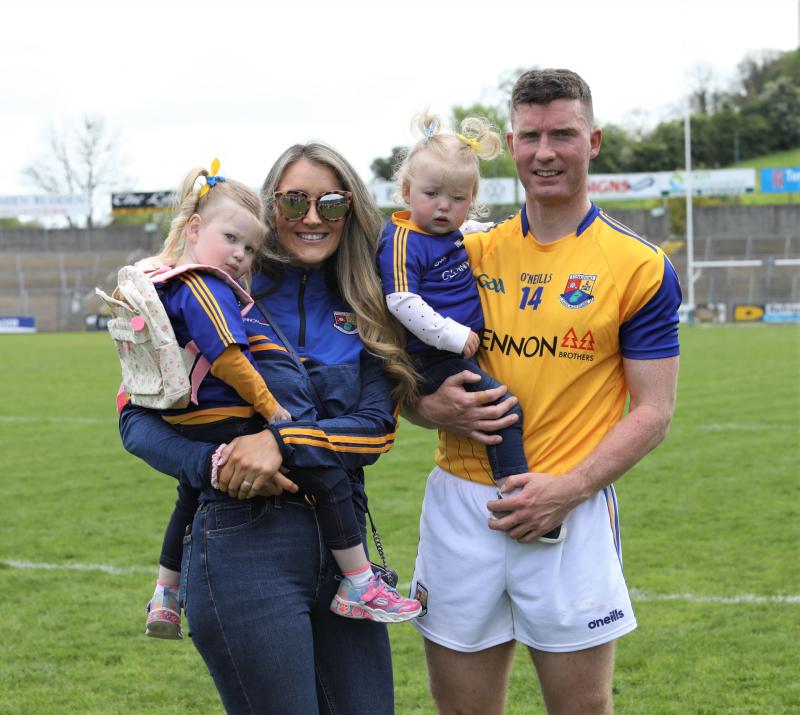 Longford and Louth meet in the Lory Meagher Cup final in Croke Park this Saturday.

The Killeedy man is now in his ninth season in the colours of Longford.

Longford and Louth clash in the Lory Meagher Cup Final

Clonguish sharpshooter Joe O’Brien clocked up the impressive total of 13 points as Longford qualified for the Lory Meagher Cup Final for the first time since 2014 after beating Cavan in the remaining group stage fixture at Kingspan Breffni Park on Saturday last.

Longford qualified for the Lory Meagher Cup Final for the first time since 2014 when they conquered Cavan in the remaining group stage fixture at Kingspan Breffni Park on Saturday.

Mullane played U21 hurling with Limerick in 2006 and '07 - losing both times to Waterford in the Munster Championship.

In 2010, the west Limerick man played league and championship hurling with Limerick alongside Nickie Quaid and Graeme Mulcahy.

Life then took Mullane to Longford.

"It was only supposed to be temporary!" laughed Mullane of moving to live in Longford, where he is now married with two children.

"I'm working for a Dublin company but Longford based as this is where my wife Edel is from. Straight away when I came up here in 2014, hurling was a way to get to know people and make friends," he outlined.

Mullane continued to return to Limerick to line-out with his native club Killeedy but has now made the switch to the Wolfe Tones club in Edgeworthstown - one of just three adult hurling clubs in the county.

"I think just a short few years back there weren't 60 registered adult hurlers in the county - that has improved now but it just goes to show that we have had pretty good success with those numbers," explained Mullane.

In his first season in blue and gold he won the 2014 Lory Meagher title with the Leinster side and was subsequently named on the Lory Meagher Cup Team of the Year.

Mullane and Longford won a Kehoe Cup title in 2018 and a Division 3B Allianz League title in 2019.

"Hurling is behind, football, soccer and rugby but those involved are so passionate about it. I've a young family and the commitment needed is still the same as almost any other county team - it's three or four nights a week when you take in training, gyms, ball sessions, recovery and matches. Even our games are a commitment because a lot at our level would be up north so a lot of travel can be involved."

He continued: "Hurling might be relatively small but fair play to the County Board because this season we now have a real good backroom team - S&C, nutritionist and stats and all that has brought us on".

Ahead of a second All-Ireland final in Croke Park, Mullane has no regrets with throwing his lot in with Longford.

"I was only thinking lately, that I've played nearly every inter-county team between Limerick underage and senior and then Longford - I think Down and London are the only two sides left. I've played in so many county grounds and now I get to play in Croke Park for a second time," he said.

This Spring Longford suffered defeat in the Division 3B league final against Fermanagh but regrouped for the championship.

Their Lory Meagher campaign started with defeat to Leitrim but wins over Lancashire, Louth, Monaghan and Cavan secured their Croke Park final spot.

"It's the old saying that when you are growing up, you dream of playing in Croke Park. I'm going to play there for a second time now - obviously I never imagined it would be with Longford but it's been great for me," outlined Mullane.

All going well, Saturday won't be the last All-Ireland senior hurling championship final to see a Limerick contingent head to Croker this Summer.

"The lads back at home have been great. I'm still in the Killeedy WhatsApp group and I know a good few family and friends will be travelling up for Saturday."