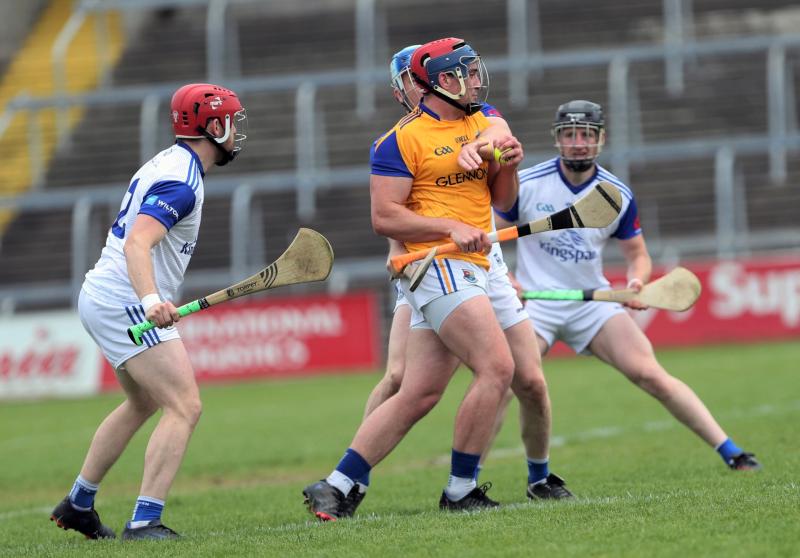 Cian Kavanagh pictured in action for Longford against Cavan in the Lory Meagher Cup Round 5 clash at Kingspan Breffni Park Photo: Syl Healy

Longford qualified for the Lory Meagher Cup Final for the first time since 2014 when they conquered Cavan in the remaining group stage fixture at Kingspan Breffni Park on Saturday.

The county senior hurlers recovered from a slow start to gradually assert their superiority over the gritty neighbouring rivals and can now look forward to the title decider against Louth at Croke Park next weekend.

Unfortunately, Longford will be forced to field without their captain Johnny Casey who sustained a serious shoulder injury against Monaghan in the previous round.

Wolfe Tones Mostrim clubman Cathal Mullane, the vice-captain, will now lead the team in their quest for championship glory at GAA headquarters.

While Longford had the comfortable margin of seven points to spare in the finish, Cavan got off to a great start to lead by 0-4 to 0-0 before Joe O’Brien got the opening score for the visitors who ended up in front by the minimum of margins at the break, 0-10 to 0-9.

A strong start to the second half saw Longford fire over six points in a row through Mullane (2), O’Brien (2), Paddy Lynam and Cian Kavanagh as they began to pull away.

The advantage was extended to a commanding 11 points (0-23 to 0-12) but Cavan never gave up the right and their perseverance was rewarded with a couple of goals in quick succession from Canice Maher and substitute Rory Farrell in the closing stages of the match.

A fine point from wing back Adam Quinn in the 66th minute settled the Longford nerves on the way to their expected victory and the manager Adrian Moran will be hoping that John Mulhern will have recovered from injury to feature in the eagerly awaited final at Croke Park.

Louth, who lost to Longford by a single point in the group stage clash at Glennon Brothers Pearse Park a few weeks ago, made it through to the Lory Meagher Cup final on the head-to-head rule after their narrow 2-18 to 2-16 win over Leitrim on Saturday.