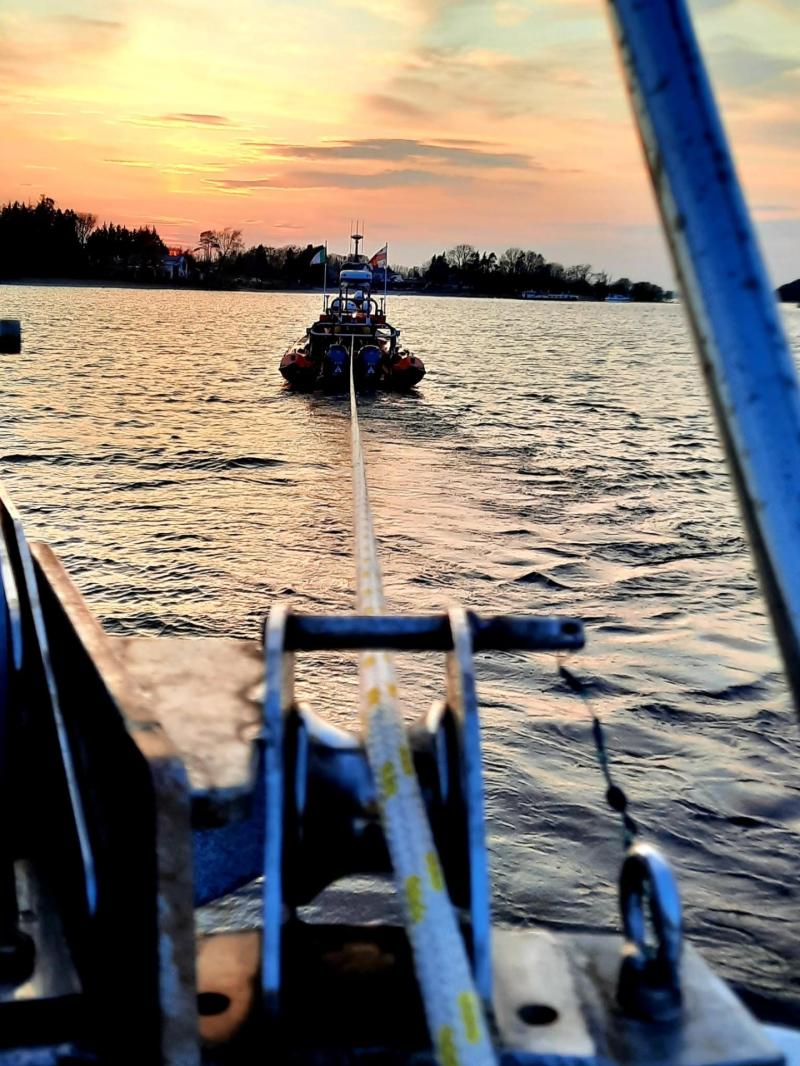 The volunteer crew at Lough Ree RNLI came to the assistance of 17 people who encountered difficulties on and around the lake from Good Friday (April 15) until the weekend just passed.

Four of the call-outs were to cruisers which had run aground on shoals and rocks in lower Lough Ree.

On the afternoon of Good Friday (April 15) the RNLI lifeboat was tasked to the assistance of a cruiser with five people on board which had run aground at the Hexagon Shoal near Hare Island.

On Easter Monday (April 18) just after midday the Irish Coast Guard requested the charity’s volunteer crew to assist a 40ft cruiser with five people on board which had run aground in the same area.

Easter Tuesday evening (April 19) just before  9pm saw the  the RNLI lifeboat ‘Tara Scougall’ and her crew back north of Hare Island to rescue two people on board a stranded 30ft cruiser.

After inspection all three vessels were towed to safety at Coosan Point.

On Saturday last (April 23) at 11.35am under helm Liam Sheringham the Lough Ree RNLI volunteer crew were called to assist a cruiser with four people on board which had run aground north of Yew Point.  When the lifeboat reached the scene at Hodson Bay one crew member was put on board the stricken vessel to conduct an examination.  Following inspection the vessel was taken under tow to Coosan Point.

As the Lough Ree RNLI shore crew were on their way to assist the recovered vessel moor at Coosan jetty they were called to assist a member of the public who had taken a fall in the Coosan Point amenity area.  The casualty recovered following first aid treatment by the volunteer shore crew at the scene and follow-up care at the lifeboat station.

Longford suffered the agony of a single point defeat against Kildare in Round 2 of the TG4 Ladies Football Leinster Intermediate Championship at the Monaduff grounds, Drumlish on Sunday last.

In recent days the Lough Ree RNLI lifeboat crew has been engaged in recovery and towing training, the charity’s volunteer Operations Manager said: "While Lough Ree RNLI is always trained, prepared and ready to respond to any emergency at any time I would encourage those using cruisers on the lake to adhere to all navigation guidelines and be aware of hazards that may lie just beneath to surface of the water."

Ahead of the May Bank Holiday weekend all who use the lake are encouraged to be mindful of taking all the relevant safety precautions.