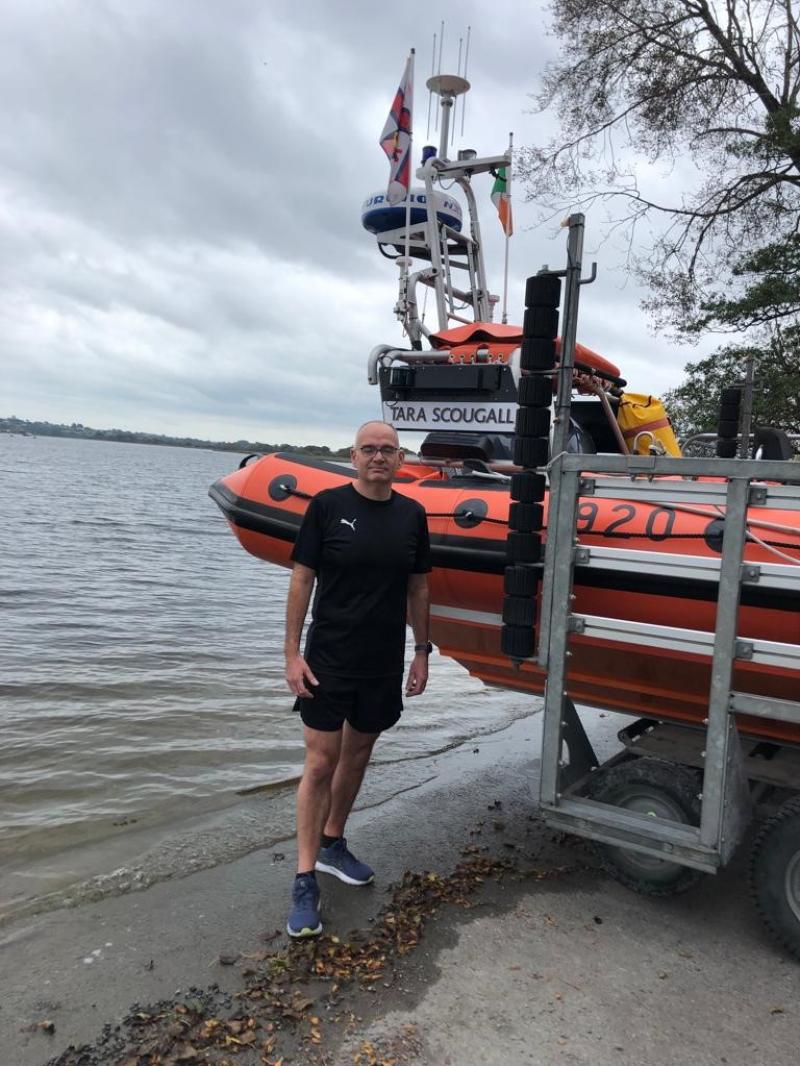 Athlone resident Denis Bergin embarks on what is more than two marathons this weekend with a  90km run around Lough Ree to raise funds for the RNLI boathouse which is nearing completion at Coosan Point, Athlone, Co Westmeath.

The Tullamore native, an avid water enthusiast and long time supporter of the charity said: “I was hoping to run in the Dublin City Marathon to support the new lifeboat station but when that got cancelled I had to think of a different challenge for the same weekend.  As the lifeboat covers every corner of the lake, running around it seemed a good alternative.”

Denis intends to complete the two marathon distances this holiday weekend. He starts from the Lough Ree RNLI boathouse at Coosan Point on Saturday morning (October 23) at 9am.

His route will take him through Ballykeeran, Glasson and onwards through the parishes of Tang, Ballymahon, Kenagh and Newtowncashel as he hugs the lake shore on his way to the bridge at Lanesboro, Co Longford.

On the return marathon he will run down the west side of Lough Ree from Ballyleague towards Roscommon town and then swings south through Kilteevan, Knockcroghery, Lecarrow, Ballybay and Hodson Bay back to finish in Coosan on Sunday afternoon.

With three marathons under his belt the Ericsson employee has been a familiar figure on his various training routes which have centered on the Old Rail Trail greenway.

Lough Ree RNLI Treasurer Vincent Rafter welcomed the initiative and said: “great progress has been made on raising the €100,000 community contribution for the €1.2m boathouse and the generosity and endurance of people like Denis are an inspiration to all those who support and rely on the charity.”

This year Lough Ree RNLI volunteer crew has assisted more than 150 people in 42 call-outs on the lake.

The new boathouse will provide an important and necessary base for the charity.  Donations to Denis Bergin’s double marathon run for the boathouse can be made at the following ‘gofundme’ page: https://gofund.me/aa9421bf .

Colmcille almost let victory slip from their grasp and were hanging on in the end as gutsy Granard staged a late comeback in the Senior Football Championship quarter-final clash at Glennon Brothers Pearse Park on Sunday.