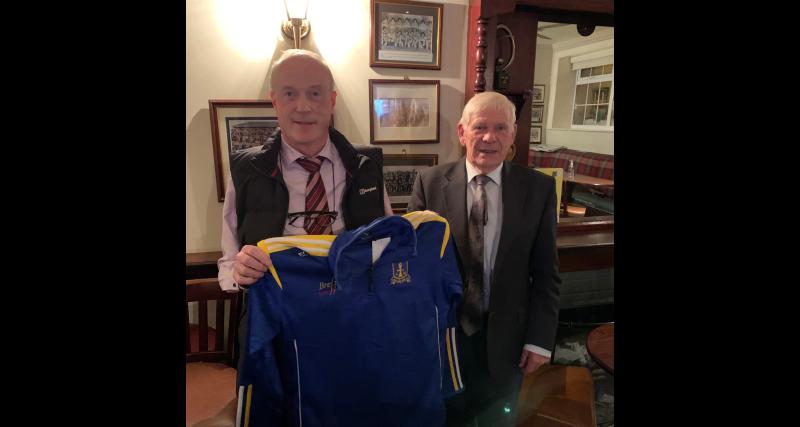 Longford SFC: Dromard through to the quarter-finals as Rathcline lose out

Dromard are through to the Senior Football Championship quarter-finals after scoring a comfortable win over Rathcline in the make or break Group B Round 5 game at Glennon Brothers Pearse Park on Saturday evening.

Mr Gray and his wife Philomena have been proud supporters and sponsors of Eamon’s native Dromard since they established their hotel business in Arva just across the county border in Cavan.

Charlie Brady has been a loyal customer of the Grays since they opened in 1979. However, Charlie did spend some time working in New York in the late 50s and early sixties.

He had the distinction of captaining the Longford team there to win the New York Junior Championship in 1962 when he played at centre half back alongside his late brother Francis who had been a regular on the Longford senior team in the 1950s before emigrating.

Charlie returned to run the family farm and was at full back when he won a Longford junior Championship with Dromard in 1970.

Charlie was delighted to be in attendance at Glennon Brothers Pearse Park recently to witness his team secure senior status for the 27th consecutive year with victory over Rathcline.

Charlie has to be one of the very few who can say he has been present at all of Dromard’s championship successes since they were junior champions in 1944. He was also in attendance in Clones in 1947 when Cavan won the Ulster title with victory over Antrim.

The same year his native club won their first senior championship which was the previous year’s title.