€270,000 allocated for upgrade works on Longford rural roads and laneways 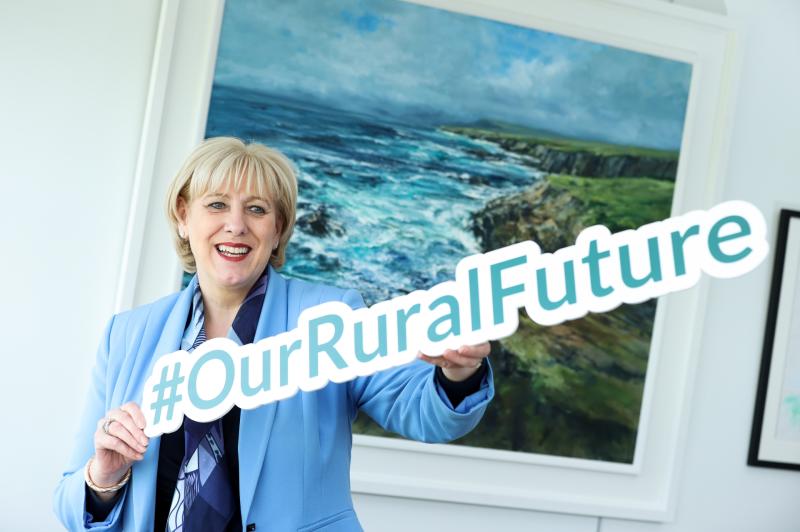 €270,000 has been allocated for repairs and improvement works on non-public roads in rural communities in Longford, as part of the Government’s ‘Our Rural Future’ project.

Minister for Rural and Community Development, Heather Humphreys TD, on Friday announced an allocation of €10.5 million for repairs and improvement works on non-public roads in rural communities.

The funding, announced under the Local Improvement Scheme, will improve access to rural homes and farms, as well as outdoor amenities such as lakes, rivers, mountains and beaches.

The €10.5 million allocation represents a 5% increase compared to 2020, with every county receiving an increase.

Over €68 million has now been invested under the Local Improvement Scheme since it was re-introduced in 2017.

Senator Micheál Carrigy said: “This is great news for local communities in Longford, as the funding announced under the Local Improvement Scheme will improve access to rural homes and farms, as well as outdoor amenities.

“The focus of the scheme is to support the continued improvement of rural roads and laneways in Longford that are not normally maintained by local authorities, but which represent a vital piece of infrastructure for rural residents.

“Since the scheme was re-introduced in 2017, almost 2,400 roads have been funded for repair works across the country. This has made a real difference to the lives of over 10,000 landowners and residents in rural Ireland.”

Minister Humphreys commented: “As part of ‘Our Rural Future’, the Government has committed to increasing the level of investment in the repair of non-public roads through the Local Improvement Scheme.

“I know there is a significant demand for funding under the Local Improvement Scheme right across the country. That is why I am today announcing increased funding for every county under the scheme; however, I am acutely aware that more is needed. I am working to identify if additional funding can be provided for LIS in 2021 and I would therefore urge each Local Authority to utilise the funding announced today, and complete the repair works on the selected roads, as soon as possible.”

The concession of a couple of early goals rattled Longford in this disappointing defeat against Armagh in the National Hurling League Division 3A Round 1 clash at the Athletic Grounds on Sunday.

Two women involved in a public order incident in the carpark of Midoc last year have been fined €200 each, with three months to pay, following last week’s sitting of Longford District Court.

Producing one of their poorest performances for quite some time, Longford were destroyed by impressive Derry who cruised to a very easy win in the National Football League Division 3 North Round 1 clash at Glennon Brothers Pearse Park on Saturday evening.