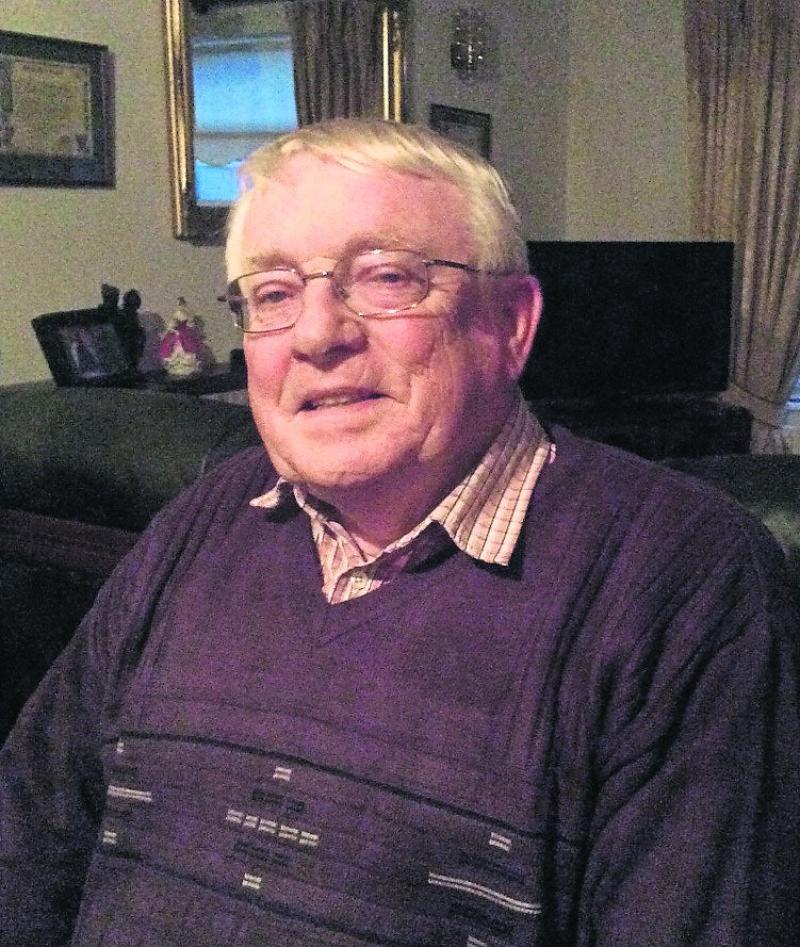 Author Seamus McRory. “In his book Born To Lead Seamus McRory has eloquently portrayed the lives of those who have crossed his path and enriched his life to date

In his book Born To Lead Seamus McRory has eloquently portrayed the lives of those who have crossed his path and enriched his life to date. Born and reared in Northern Ireland his childhood and educational experiences were there. This makes for interesting reading, especially as it coincided with the troubled years, which ultimately led to his decision to seek a safer haven in the Republic.

In his days in St Patrick’s College Armagh, run by the Vincentian Order of priests, he was exposed to a wide creative environment of music and drama which left him with a great love for Gilbert and Sullivan, Opera and Pavorotti, along with a great interest in the wider music genre.

In his book he chooses to include profiles of locals Declan Nerney and Mick Flavin, both successful Longford singers.
Football stories also feature largely — from the exploits of the greats of northern counties to the similarities of the brave men from Mullinalaghta and Slaughtneil.

On the night of the book launch two great footballers from the past were formally introduced for the first time, by Seamus — Kevin Beahan, former Louth Minor All Ireland player and Michael Kelly, originally from Newtowncashel, who won the Minor All Ireland playing for Roscommon in 1951 with Behan playing for Louth. In all the years since, they never met, and didn’t know one another until the night of the book launch.

Michael Kelly might not have won any All Irelands, but Kevin Beahan became synonymous with the final of 1957, when Louth were captained by Dermot O’Brien, with Kevin Beahan starring.

“It was not by football alone that we won. It was because we chatted freely together, with an honesty which could not but bring results.”

The “wee” county had beaten Cork the largest county!

I believe that the same template for success was used by Slaughtneil and Mullinalaghta who gave every drop of their being for their own locality. Training changes, but human psychology remains the same.

Many other profiles — too many to mention here — are covered in this book, meticulously researched and expertly written, with love and care.

Joe Brolly’s foreword to the book encapsulates the “delightful miscellany from a life well lived” in his commendation.
Well said.