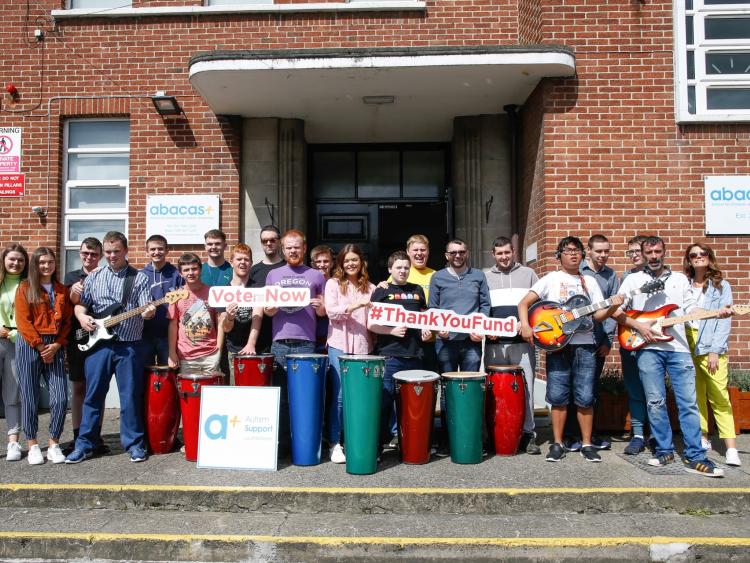 Popular broadcaster, Doireann Garrihy, has today, August 16, revealed the shortlist of 22 non-profit organisations which are in the running for this year’s €100,000 Coca-Cola Thank You Fund.

Developed to empower and support young people across the island of Ireland, Doireann is encouraging communities to cast their vote for this year’s ‘People’s Choice Award,’ at www.coca-cola.ie/thankyou. Included as one of the 22 shortlisted projects was the Bridgeways Family resource centre in Ballymahon, Co Longford.

Also read: Two Balloons: Award-winning animation to be screened in Ballymahon this weekend

Bridgeways Family Resource Centre seeks to promote positive mental health and wellbeing amongst young people in Longford through the development of a Building Resilience Programme and "I Am Enough Fest”.  Designed to equip young people with basic leadership skills while building their self-esteem and confidence, the ‘I Am Enough’ participants will explore all aspects of the sentiment through workshops, takes and practical activities.

Marking a major milestone year for the Fund, which will see the total figure donated to youth-oriented non-profit organisations reach over €1 million, the 22 shortlisted groups will now continue in the process to pitch their ideas to a panel of judges for a share of the €100,000 pot.

Receiving over 260 entries from 26 counties across the island of Ireland, Coca-Cola is once again giving the public a chance to have their say and vote for their favourite, with the ‘People’s Choice Award’ winner receiving an immediate grant of €5,000.

Delivered in partnership with the Irish Youth Foundation and Youth Action Northern Ireland, the Coca-Cola Thank You Fund seeks to support projects that will provide young people with opportunities to participate in local programmes, equipping them with the skills and experiences they need to be involved in today’s society.

Coca-Cola Thank You Fund ambassador Doireann Garrihy said; “Creativity and artistic expression really helped my own self-esteem and to see projects like these shortlisted is fantastic. There are young people right across the island of Ireland who’s lives will be impacted by the work of these great local community groups, so I would encourage everyone to check out the 2019 Coca-Cola Thank You Fund Shortlist at www.coca-cola.ie/thankyou and cast their vote for the People’s Choice Award.”

Petre Șandru, Country Manager, Coca-Cola Ireland added: “The Coca-Cola Thank You Fund was designed to identify and support local community groups in Ireland and Northern Ireland with creative ideas to effect change. While we’re calling out as shortlist of 22 non-profit organisations here today, who will continue to the next stage of the judging process, we were truly overwhelmed by the response to this year’s milestone campaign and the standard of applications we received.

“A record number of counties across the island of Ireland submitted really creative project ideas to inspire young people in their local area, so the future is bright. I’d like to take this opportunity to congratulate those shortlisted today but also to encourage the groups who didn’t make it through on this occasion to keep going with their amazing efforts.

“We’re looking forward to hearing each of the groups pitch in the coming weeks and ultimately choosing our winners, who will be announced at Zeminar in October.”

All 22 shortlisted youth organisations are in the running to receive a grant of €20,000, €10,000 or €5,000 following their pitch to the panel of judges. Coca-Cola Thank You Fund and People’s Choice Award winners will be announced at Zeminar on Wednesday, October 9, where Doireann Garrihy will be joining Coca-Cola for the presentation.

Lucy Masterson, Chief Executive, Irish Youth Foundation, said:. “Celebrating a milestone year, the Fund received a record number of quality applications and while it is wonderful to see such a growing appetite amongst community leaders to inspire and support the young people in their local area, it made the judging process very challenging.

“The standard of entries really demonstrates the value non-profit groups across the Island of Ireland bring to our local communities, with the People’s Choice Award giving all 22 shortlisted groups a further chance to secure funding. We look forward to the pitching process in the coming weeks and indeed to the awards ceremony at Zemniar in October.”

Votes for the Coca-Cola Thank You Fund People’s Choice Award can be cast for free at www.coca-cola.ie/thankyou until the September 20.