Two Balloons: Award-winning animation to be screened in Ballymahon this weekend 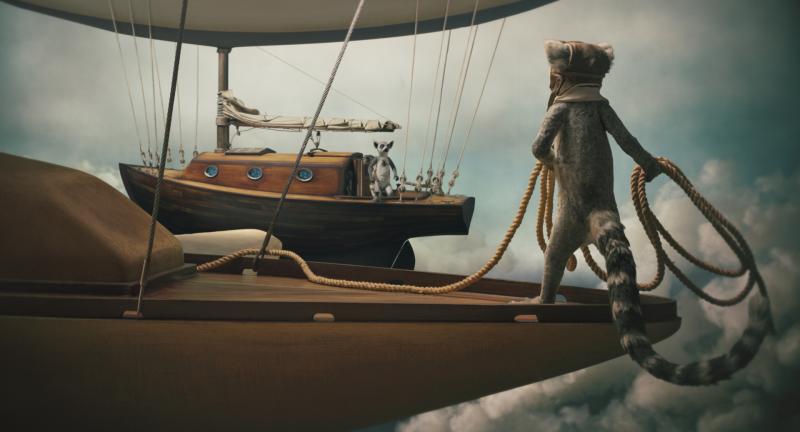 There are so many special effects in films these days that almost anything is possible. But Stop Motion animation remains one of the most complicated methods of filmmaking - and therefore one of the most impressive.

Patience and skill is required to create a stop motion film and US director Mark Smith had that in spades when he created his animation, Two Balloons.

Two Balloons will be screened at Still Voices Short Film Festival this weekend. The short tells the spellbinding story of two adventurous lemurs travelling the skies in their wondrous airships. One night they meet by chance and forge a bond which sees them through a calamity and cements their friendship.

“The inspiration for Two Balloons came from a song and the ocean,” explained director, Mark Smith.

“I was on a sailboat and during a long passage I saw a funnel cloud for the first time. It looked to be 200 feet high. It was mesmerizing and intimidating at the same time.

“As I watched its conical shape skip across the water I was listening to a song in 3/4 time, the time signature of a waltz. The music and the movement of the sea lulled me into a daydream and that’s when the idea for Two Balloons happened.”

Two Balloons was also inspired by the music of Peter Broderick. When director Mark Smith heard Broderick’s More of a Composition he knew instantly that he wanted to work with him.

Even though the film was inspired by an older Broderick composition, Peter recorded the score for Two Balloons from scratch, revising and expanding the music to fit each frame.

The film itself was created over four years and, while it was originally planned as a live action short with ideas to build two real airships, the production ran into problems when they couldn’t secure an aircraft hangar for the required length of time.

So instead, Mark decided to create a stop-motion animated film despite the fact that he had no prior experience of stop-motion.

“One of the challenges of stop motion is how counter intuitive it is,” Mark told the Longford Leader last week.

“For instance, the edit is almost locked before you begin shooting. With live action there is more freedom to shoot multiple angles and experiment with those shots during the editing process. With stop motion a 10 second shot can take a month to complete.

“Our longer shots required a lot of pre-visualization. In some ways they were similar to architecture. It was as if we were building houses. We needed to plan what we were going to film before we set up a shot because there was no turning back, there was only starting over.”

The first 16 months of the creation were dedicated to storyboarding, animatics, building sets, building a studio and fabricating puppets. It took Mark and his team about two and a half years of production and post to reach the last frame.

“The best technical challenge was building a mechanical ocean. We called it the wave table. It was about 300 square feet and 3.5 feet high. The undercarriage consisted of hundreds of acrylic pistons that were connected to high-test fishing line that all led to a step motor.

“The motor moved the pistons, frame by frame, under a vinyl surface. The vinyl surface was painted to emulate the sea and textured to force perspective.”

Featurette #2 | A Stop Motion Ocean from Mark Smith on Vimeo.

This magical stop-motion animated short film Two Balloons was produced in Portland, Oregon and premiered at the 30th Foyle Film Festival in Ireland in November 2017.

Since then, the film has been screened at some of the most prestigious international film festivals and won many awards.

The film has been selected to play as part of this year’s Still Voices Short Film Festival, which kicks off tomorrow (Thursday, August 15) and runs until Sunday.

And, while Mark is a continent away and unable to get away from a film project keeping in in the west coast of the States, he said he's thrilled to have his creation showcased in Ballymahon.

“It means so much because Still Voices is in Ireland. The pulse of Two Balloons is the score and the latter was composed by Peter Broderick who lives in Galway,” Mark explained.

“The opportunity to screen in Ireland is a kind of homecoming.”

Two Balloons will screen in St Catherine’s Church, Ballymahon, on Friday and Saturday, August 16 and 17 at 12.30pm. For the full festival programme, visit the Still Voices website at stillvoicesfilmfestival.com.