Fran is looking forward to the challenge of new role 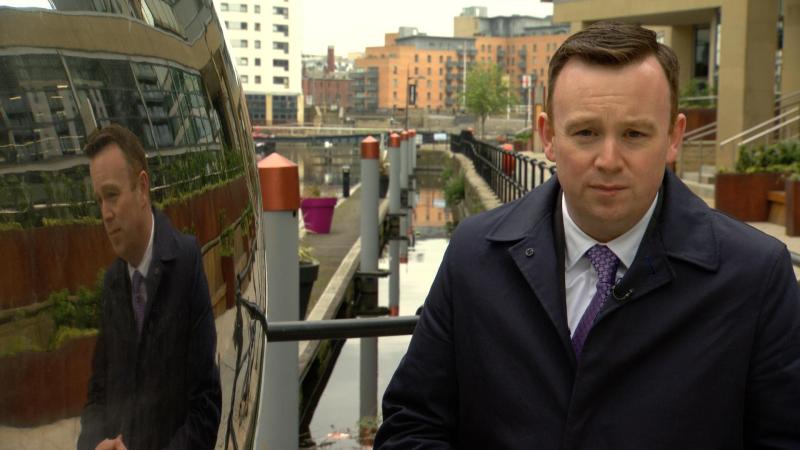 The Longford takeover of the RTÉ newsroom is continuing to gather momentum following the appointment of Fran McNulty as its new Agriculture & Consumer Affairs correspondent.

Currently a reporter with RTÉ Prime Time, Fran has worked with RTÉ News as a reporter for radio, television and online, and has also presented some of RTÉ’s leading radio programmes, Morning Ireland, This Week and News at One.

Fran, who lives in Longford with his wife Paula, will be commencing his new role later this summer, and he said the new appointment was 'a tremendous honour' and that he was looking forward to examining the issues facing the agri sector.

Fran remarked, "It is a tremendous honour to be appointed as Agriculture & Consumer Affairs Correspondent for RTÉ News. The new portfolio is key to RTÉ's remit as a public service broadcaster, and I look forward to examining the issues facing the agri sector, at a most challenging and difficult time."

Also read: Something new at this year’s Longford Agricultural Show

Fran added, "In particular I am thrilled that RTÉ News has decided to focus on consumer affairs, we will give voice to consumers and look at the challenges facing people. This new role will look at what we earn, how we spend it, what we eat and how it is produced. I am aware that I follow many great agricultural journalists in the newsroom like George Lee and Joe O'Brien, it's a challenge I am very much looking forward to meeting."

An award winning journalist, Fran began his career working in local radio, with Shannonside Northern Sound Radio where he worked as a current affairs presenter and Agriculture Editor before joining RTÉ in 2005.

Most recently Fran’s journalism on RTÉ Prime Time has scrutinised public spending, examined abuses in the fishing industry, exposed significant issues in the agricultural and food production sectors and explored a range of issues within the insurance industry, including fraud.

Fran has reported on some of the most high profile Irish criminal court cases. His political reporting covered the fall of Bertie Ahern and Brian Cowen, the election of Enda Kenny, and he reported extensively from the Mahon Tribunal.

Fran also has vast experience reporting on international news. He reported from London during terror alerts there. He also covered the illness and death of Nelson Mandela in South Africa. As well as covering the resignation of Pope Benedict, he reported on the Papal Conclave that elected Pope Francis and also reported from the West Bank.

In 2004 Fran won an ESB Media Award for Regional broadcast Journalist of the year. In 2005 he was shortlisted in the Celtic Film and Television Awards for a documentary he made "The Forgotten Bomb" about the killing of two children in a loyalist car bomb in Belturbet County Cavan in 1972. In 2016 he was highly commended by the Guild of Agricultural Journalists for his reporting on Prime Time.

So happy & proud to be appointed Agriculture & Consumer Affairs Correspondent for @rtenews You’ll spot my old wellies on tv soon! Sad to be leaving a great team on @RTE_PrimeTime but looking forward to the challenge pic.twitter.com/5CNNbyN4cG

We’ve worked together for years and known each other longer! Congrats @franmcnulty - the Longford takeover continues! ⭐️ https://t.co/xzZM7E0nZm

And now with a Longfordian heading to #Loveisland2019, great day for the county

What a positive news day for #Longford after the last few weeks: #CentreParcs coverage, @franmcnulty & co taking over RTÉ news & a contestant on #LoveIsIand! If only we hadn't drawn #Tyrone in the qualifiers, we'd be an unstoppable force altogether.