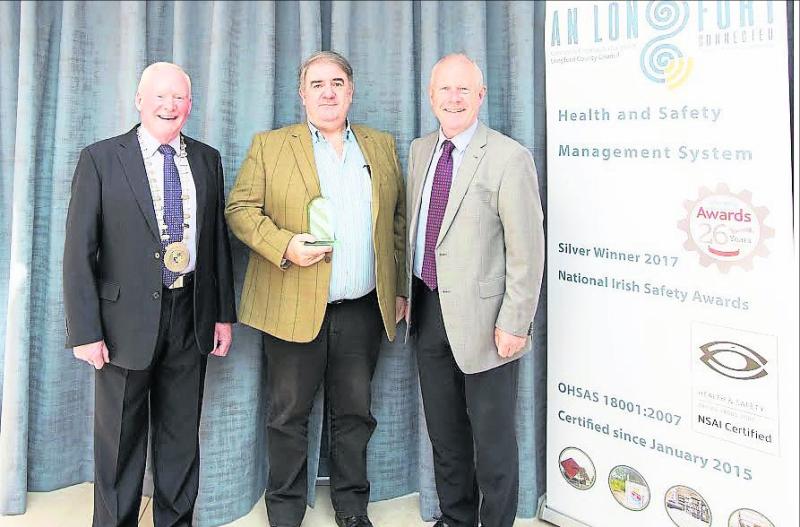 Longford County Council Arts Service was once again the recipient of another prestigious national award, this time from the Public Sector Service Award - Arts Category.

The awarding body, the Public Sector Magazine is Ireland’s largest online magazine concerned with all aspects of both central and local government and each year the magazine awards prizes to government departments, local authorities, statutory agencies and private sector supplier.

The prize, awarded by Chambers Ireland, was ostensibly for the literary development website www.virtualwriter.ie but was in fact a recognition of the sustained pioneering programme of the use of digital technology to develop local arts in Longford, specifically through the additional websites www.visuallongford.ie, www.longfordmusic.ie and www.longforddigitalarts.ie.

Meanwhile, Mr Kennedy says that the development of these creative support websites and the many innovative digital projects associated with them has placed Longford County Council as the leading local authority in Ireland in the use of digital technology in local development and most specifically in local cultural development.

“The winning of these awards has put the spotlight of national publicity on the work of Longford County Arts Office and the kind of Longford projects that impressed the adjudicators included the digital technology cultural programme, Longford Schools Photography Programme - which is Ireland’s largest and longest running arts schools programme, the international portrait photography programme Expressions and the Midlands Arts & Culture Magazine produced in partnership with the three other Midlands local authorities,” Mr Kennedy said.

“As a small local authority it is difficult to have successful projects and programmes recognised for their quality at a national level and therefore the winning of these prestigious awards is a validation of the work of the County Arts Office and more importantly, is a testament to the creativity and dedication of all Longford artists.”