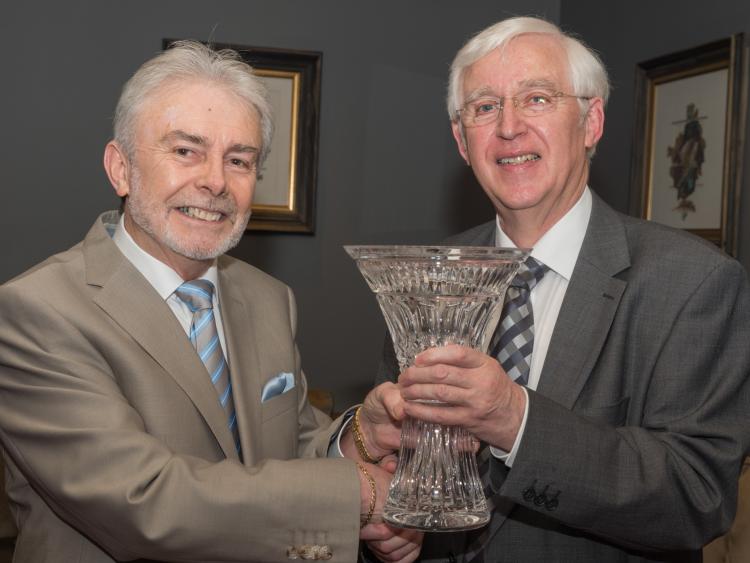 There was an effusive reaction from the Longford Association committee, in relation to the success of the Association’s 64th annual dinner, at the post dinner meeting, held last week in Cassidy’s Hotel, Cavendish Row.

Association Chairperson, Tony Gilleran, described it as a great social occasion with everyone present clearly enjoying the night.

He said the music was great and the meal was very good, although he was aware, he said, there were a small number of complaints about delays in table service at the back of the room; this had been brought to the attention of the hotel management, he said.

Tony concluded by thanking our generous sponsors (named opposite).

Life President, Gerry Quinn, agreed that it was a nice social occasion and, he said, the three honourees – Longford Person of the Year, Denis Glennon, and Special Recognition Award recipients, Liam Fenelon and Pádraig Donlon – made it; “there was a nice contrast between all three in terms of achievements and life paths”, Gerry said, and he concluded with praise for all the speeches on the night.

Association Vice President, Fr Seamus Connell, lauding the work of the organising committee, said that an occasion like this shouldn’t be taken for granted. “It doesn’t just happen”, he said.

All the committee expressed great satisfaction with the wonderful music of Seamus Farrell and there was a nice reaction among the attendance of over 150 on the night to the surprise guests who took to the stage – Pádraig Donlon and the Donlon family, Seamus Sheridan and our own Gerry Quinn.

Read Also:  All set for a big Longford night in The Capital