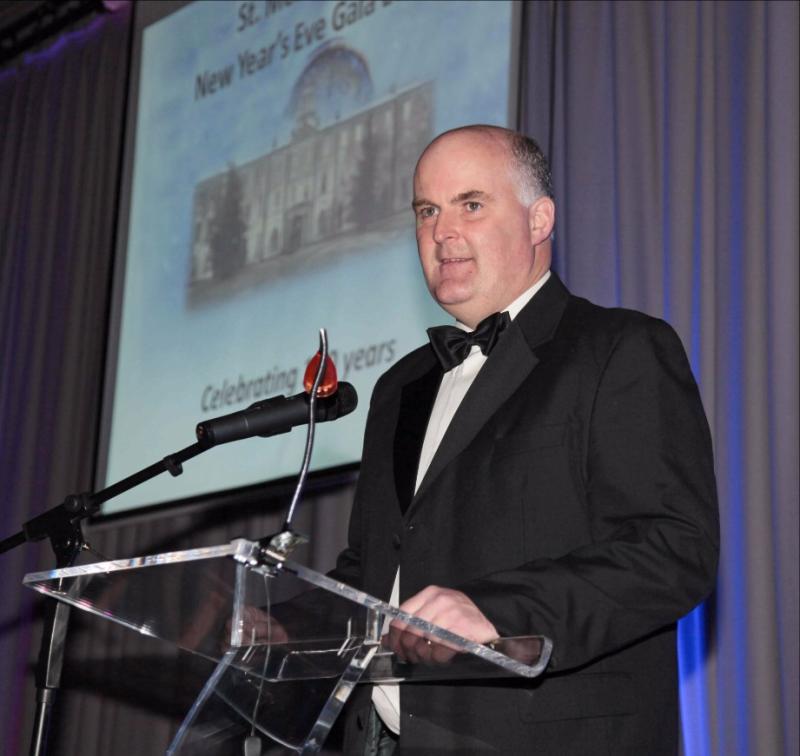 Joe Flaherty has been announced as the Longford Association in Dublin 2017 Person of the Year award winner and he will be honoured at the Association's 63rd annual gala dinner dance in the Red Cow Moran's Hotel on Saturday, April 1.

Presentations will also be made to the all-conquering Mullinalaghta St Columba’s and Longford junior ladies teams in recognition of their remarkable sporting feats last year.

Liam Caldwell of the Longford Association in Dublin described Joe Flaherty as a ‘man of many, varied and wide-ranging activities and interests’.

Lanesboro native, Joe Flaherty, now living in Longford town with his wife Niamh and their three young daughters - Kate (8), Jill (6) and Grace (3) - is Managing Director of Iconic Newspapers, who own the Longford Leader.

Mr Caldwell outlined, “Joe is well known for his community involvement and was to the fore in the re-establishment of the Longford Summer Festival and also the first Longford Christmas markets. He is also active in Longford Chamber of Commerce, Tidy Towns and the GAA. The members of the Longford association never cease to be impressed by selfless giving and Joe is a wonderful example of this. With this in mind we’re delighted he is this year’s main award recipient.”

Mr Caldwell said Mullinalaghta St Columba’s GAA club did themselves proud and sent the spirits of their supporters sky high - especially Longford Association in Dublin Life President and proud Mullinalaghta native, Pat Cunningham -  in 2016 when they won with style the Connolly Cup, their first since 1950, beating their neighbours Abbeylara 1-8 to 0-8.

And Longford junior ladies brought glory to the county once again  by winning the junior All-Ireland 2016 impressively on a scoreline of 4-10 to Antrim’s 1-12  They last won the All-Ireland in 1997.

All three award recipients will be honoured at the Association's annual gala dinner dance in the Red Cow Moran's Hotel on Saturday, April 1.