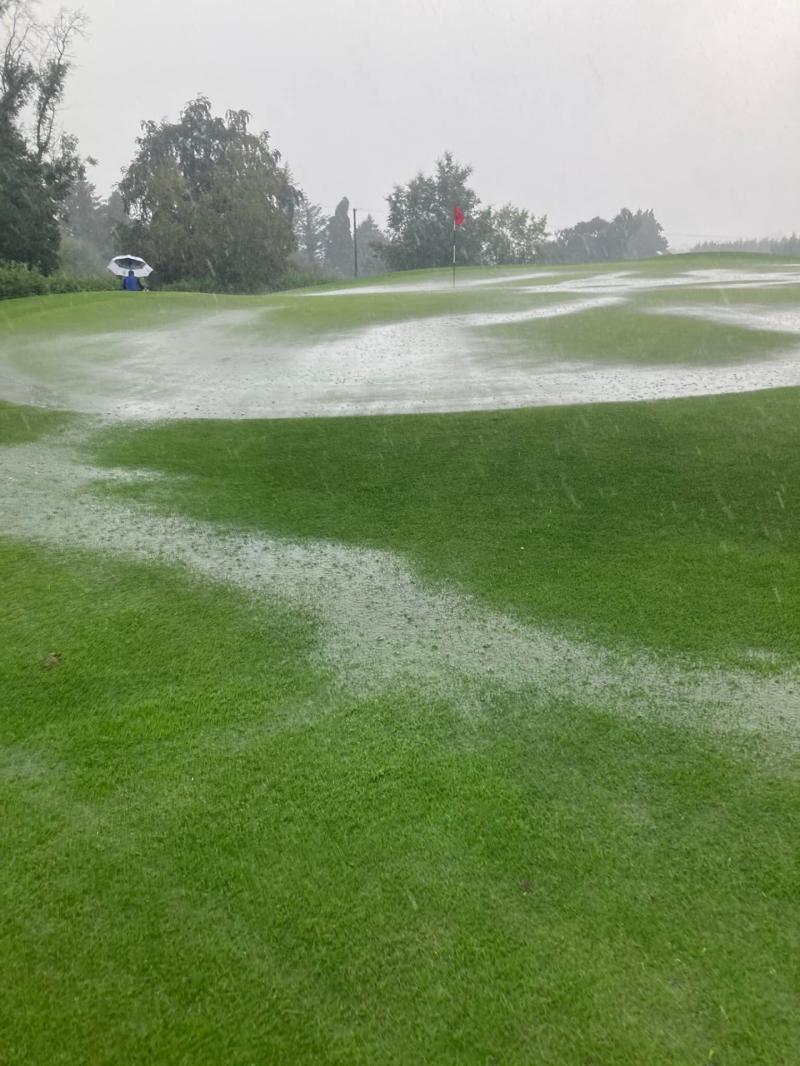 Torrential rainfall and flooding earlier this morning has led to the postponement of two Longford sports events.

Due to course flooding the prestigious County Longford Golf Club Captain's Prize has been postponed. It has been rescheduled for Saturday, September 10.

County Longford Golf Club has also announced that a function due to take place tonight has also been rescheduled for Saturday, September 10.

Sean Connolly’s moved a step closer to a place in the Intermediate Football Championship semi-finals when they gradually got the better of Ardagh Moydow in the Round 4 clash at Michael Fay Park on Friday evening.

The club announced, "Due to very heavy rain in the last two hours and more forecast up to 4pm, we have no option but to cancel today’s scheduled games at Lanesboro Community College and our official opening at 3pm is now deferred. A new time and date for the official opening will be fixed shortly.

"We regret any inconvenience caused but the weather has been shocking since 10am and it would not be safe to proceed in these conditions."