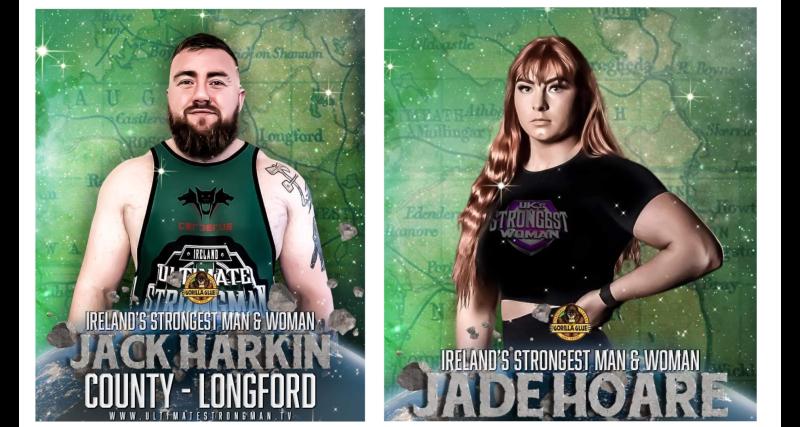 Longford couple Jack Harkin and Jade Hoare will be bidding for glory in the Ireland's Strongest Man and Woman events which take place in Markets Field Stadium, Limerick on Sunday, August 14.

Limericks Pa O'Dwyer will be going for a record 6th title in front of his home fans.

Jade will be in action in Ireland's Strongest Woman from 11am-1pm.

While Jack, who finished fifth in 2021, will be in the Ireland's Strongest Man competition from 1pm-4.30pm.