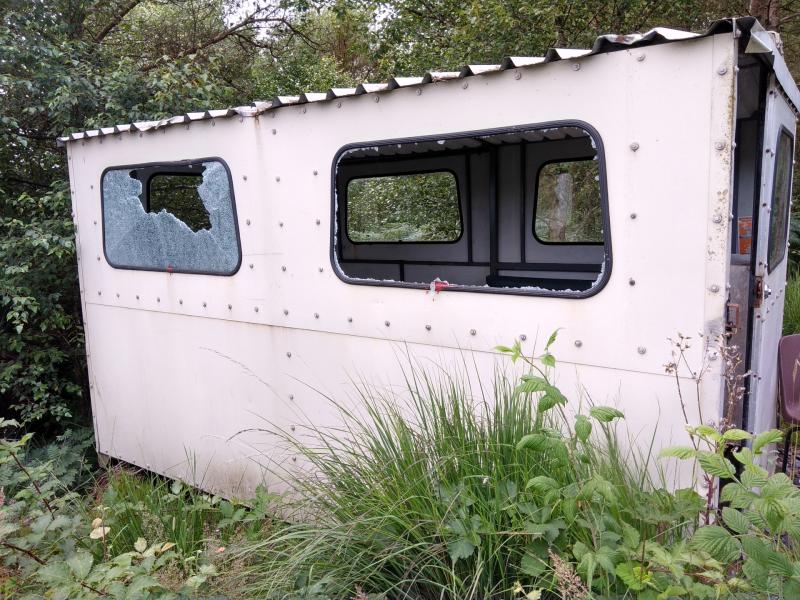 There is much anger locally after a Longford bogland Greenway and area of beauty which is very popular with walkers was recently targeted by vandals.

Windows were smashed at an old Bord na Móna cabin which walkers use for a break to chat and indeed shelter from the rain on the rainy days.

And anyone with information on the incident is asked to report to the gardaí.

"When you go along the Bogland Greenway you cannot but be in awe of the remarkable change in the landscape since the new walkway was completed. There is almost a complete bed of greenery and growth along with some very small amount of natural flooding.

"To walk the walk is so refreshing to see the changing landscape and the initial projections are exactly what we now see even at this early stage. It is great to see so many continuing to avail of the greenway.

"However, with all the positive feedback the area is receiving there has been some wanton vandalism taking place a few weeks ago.

"After you cross the bridge and make your way up the hill to the opening of the bog there is an old Bord na Móna cabin that the workers used as a place for their breaks on the right hand side. Walkers began to use it for a break to chat and indeed shelter from the rain on the rainy days.

"As you can see (from the photo that accompanies this story) some hooligans decided to use the windows as cock shots and pelted them with stones hence breaking the windows. This is a most heinous deed that now deprives those that have to use it from time to time on their walks.

"We have an area of beauty and should not have it desecrated as it now is. There is nothing but shame on those that did this dastardly deed.

"If you have any information on this please bring it to the local Gardaí."