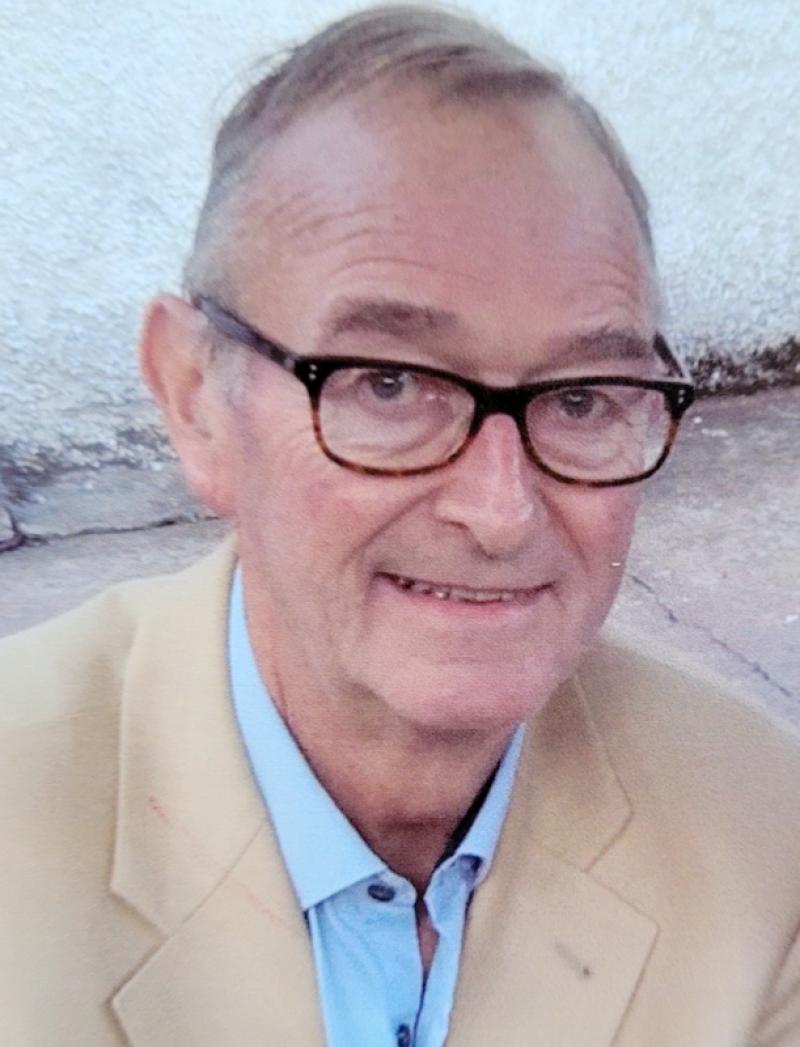 The tribute, paid by local solicitor Frank Gearty, was one of umpteen glowing testimonies which were delivered at last week's District Court sitting just hours after the 69-year-old passed away following a brave battle with illness.

Mr Gearty described news of the Westport native's passing as one which had cast a deep void over not just Longford's but the midlands' legal profession as a whole.

“It's hard to believe he is gone as we were all so used to seeing him.”

Mr Gearty said perhaps the biggest compliment which could be levelled at his long-standing colleague was in a card he posted to the former Fianna Fáil TD around five years ago.

In that Mr Gearty stated how almost every facet of a profession he had graced for over four decades were this week lamenting the loss of one of its greatest ever ambassadors.

“Even then everyone was asking for him, from the accused persons, to the witnesses (in cases), every man and woman were expressing their concerns for him,” he said.

Mr Gearty said the loss of a man and figurehead of the ilk of Judge Hughes was one which would be felt for some time to come.

“He was a patriot,” added Mr Gearty.

“He was the ultimate public administrator.

“And I have never seen anyone like him in being able to command what he could.

“He had the interests of Ireland at his heart and we will all miss him terribly.”

A former state solicitor for Mayo and Fianna Fáil TD for West Mayo previously, the father of four's association with Longford's judiciary would not arrive until 2011 when he was appointed to succeed his predecessor, the late John Neilan.

A straight-talking and unashamedly honest individual, Judge Hughes was never one to shy away from taking tough decisions if, and when, the situation demanded it.

His stance on Longford's deep rooted feuding issues was as intrepid as it was well established.

A perfect illustration of that perspective came in December 2019 when deciding to remand eight men in custody, telling them he would not allow a town like Longford to be “held to ransom” following a violent street row only days earlier.

“I won’t allow a small group of men hold this town to ransom,” he said. “It won’t be tolerated any longer.”

Yet, for every tough handed response to serious crime, there was an equally exuberant and fun loving side to the deeply admired and well respected judge.

In October 2018, he told a goat owner he was “a bit of a buck” himself after appearing before him accused of stealing €30 worth of hay from a nearby farmyard in north Longford.

An equally comical exchange some five months later when telling a man knew “it wasn’t Santa Claus” who was coming to meet him after attempting to run into a house and give gardaí the slip during a car chase in Longford town.

Judge Bernadette Owens cut a sombre figure from the bench last Tuesday morning as she relayed the news of her colleague's passing to a stunned courtroom.

She said it was with “great sadness” she had been left with the unenviable task of announcing the passing of a man she and her fellow judicial associates held in the “highest regard”.

“I am sure like myself, my colleagues will be shocked by news of his passing,” she said.

Judge Owens said his tenacity and resilience in fighting against ill health was the hallmark of a man who garnered the respect and appreciation of all who knew him.

She said his diligence in executing his duty as a district court judge was nothing short of exemplary, adding how one of his more alluring abilities as a judge was his penchant “give somebody a chance”.

She added that perhaps the best tribute a courtroom he commanded over for over a decade was by ensuring justice and its administering was not compromised in any way, stating that the “show must go on”.

She said: “Today, we have lost a great judge, a great friend and a great collegue.”

They were remarks which Longford Superintendent Seamus Boyle was only too quick to endorse.

He said the mark and legacy left by the proud Westport native would unquestionably stand the test of time.

“A garda never left here (court) an d felt that a decision wasn't properly made,” he said.

“He had a great ability to get to the nub of an issue. He was good for Longford and he will be sadly missed by everyone.

“He was very fair and very fair in the decisions he made and that is a huge quality to have.”

From Dallas to Longford: Bia Deas staff thrilled to meet Patrick Duffy - 'He's so down to earth, for a superstar like that'

Fairness, in truth, barely scratched nut just the legal but everyday, accustomed surface for a man that will live long in the memory for Longford and its 40,000 plus citizens.

The late Seamus Hughes was laid to rest at in Aughagower Cemetery in Westport, Co Mayo following funeral mass at St Mary’s Church.