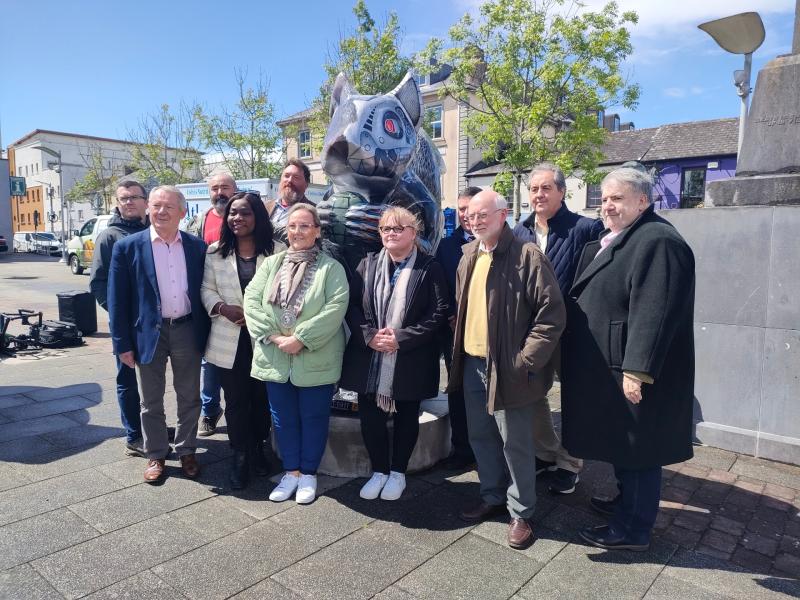 ‘I’ll be back’ was Arnold Schwarzenegger’s famous catchphrase from the 1984 science fiction film The Terminator and there were many curious eyes as the four large-scale fibreglass squirrel sculptures - Mystic Squirrel, Myths and Legends, Mr Nuts and Terminator Squirrel - arrived in the county town.

Iora Nua is the culmination of a three-year project between Mide Arts Group member and project founder Shane Crossan and Kilkenny based sculptor Tom Duffy.

Shane Crossan explained, “Iora Nua is a temporary public art project intended to support the development work of towns and villages, by bringing some colour and fun to the built environment.”

Iora Nua (‘Iora’ is the Irish for squirrel) is a partnership project with County Longford Arts Office and is funded by the Creative Ireland programme and the Department of Tourism, Culture, Arts, Gaeltacht, Sport and Media. The project is also part of Longford County Council’s place making programme.

In February, the first squirrel, Mr Nuts, was officially unveiled at the gates of Castle Forbes in Newtownforbes.

It is also planned to deliver the squirrels to locations in Granard and Ballymahon municipal districts.