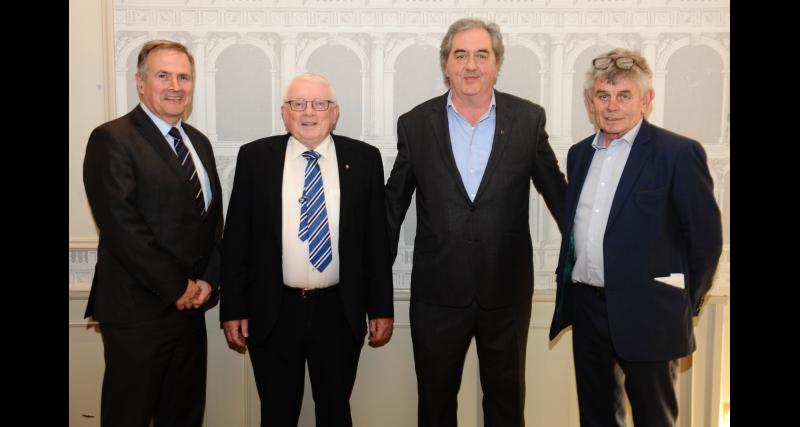 The Longford Arms Hotel was a buzzing hub of GAA folklore as Granard’s Jodie Sheridan performed a rousing rendition of ‘The Boys in Blue and Gold’ to conclude formalities at the enjoyable launch of ‘The Gaelic Field’, a fantastic new book edited by Seamus McRory and Éamonn Brennan.

Croke Park Stadium Director and Newtowncashel native, Peter McKenna, officially launched the publication on Friday, April 8, hailing it as “a magnificent book of historical reference, peppered with great facts and anecdotes, and chronicles of a triumph of the community, something which is at the heart of the GAA.”

Kerry native Éamonn Brennan outlined how during Autumn 2020 while in conversation with TJ Ward he enquired why the pitch in Legan was named Andy Flood Park?

It led him to ask about Michael Moran Park and Bill Keenan Park in Carrickedmond and Ardagh, respectively. “TJ suggested there was a book in it and here we are,” quipped Éamonn.

He praised County Board Chairperson Albert Cooney and Secretary Peter O’Reilly for their support and encouragement for the book proposal. Priced at €15, it features 25 stories, with Seamus McRory detailing the history of Glennon Brothers Pearse Park and Longford GAA historians each writing on their club ground.

Mr Brennan said GAA pitches were at the heart of parishes and communities, adding that they should be regarded as a key asset in future planning policy in the county. “What we need is housing close to these pitches,” he said. He also expressed thanks to Rapid Print and proofreader Joe Hunt.

Derry native and renowned author Seamus McRory pointed out that in ‘The Gaelic Field’, “We see an outward manifestation of that idyllic spirit of giving and sharing, blended with sheer enthusiasm for an ideal that people really believed in. Our modern pitches, dressing rooms and social amenities are a lasting tribute to those who have gone before us.”

Seamus regaled those in attendance with a few tall tales, most memorably of when the Jimmy Magee All-Stars took on a Jackie Devine Selection on July 31, 1989 in Hugh Devine Park, Edgeworthstown.

County Chairperson Albert Cooney highlighted how ‘we sometimes don’t appreciate the efforts made by our forefathers in securing the facilities we have in today’. He said every pitch and clubhouse ‘was somebody’s dream’ and this book reflects the blood, sweat and tears put in by countless volunteers. He referred to the initial construction of Pearse Park, the Trojan work that went into the venue ahead of its red letter official opening day of Sunday, April 25,1937. “We are deeply indebted to our ancestors and current volunteers.” 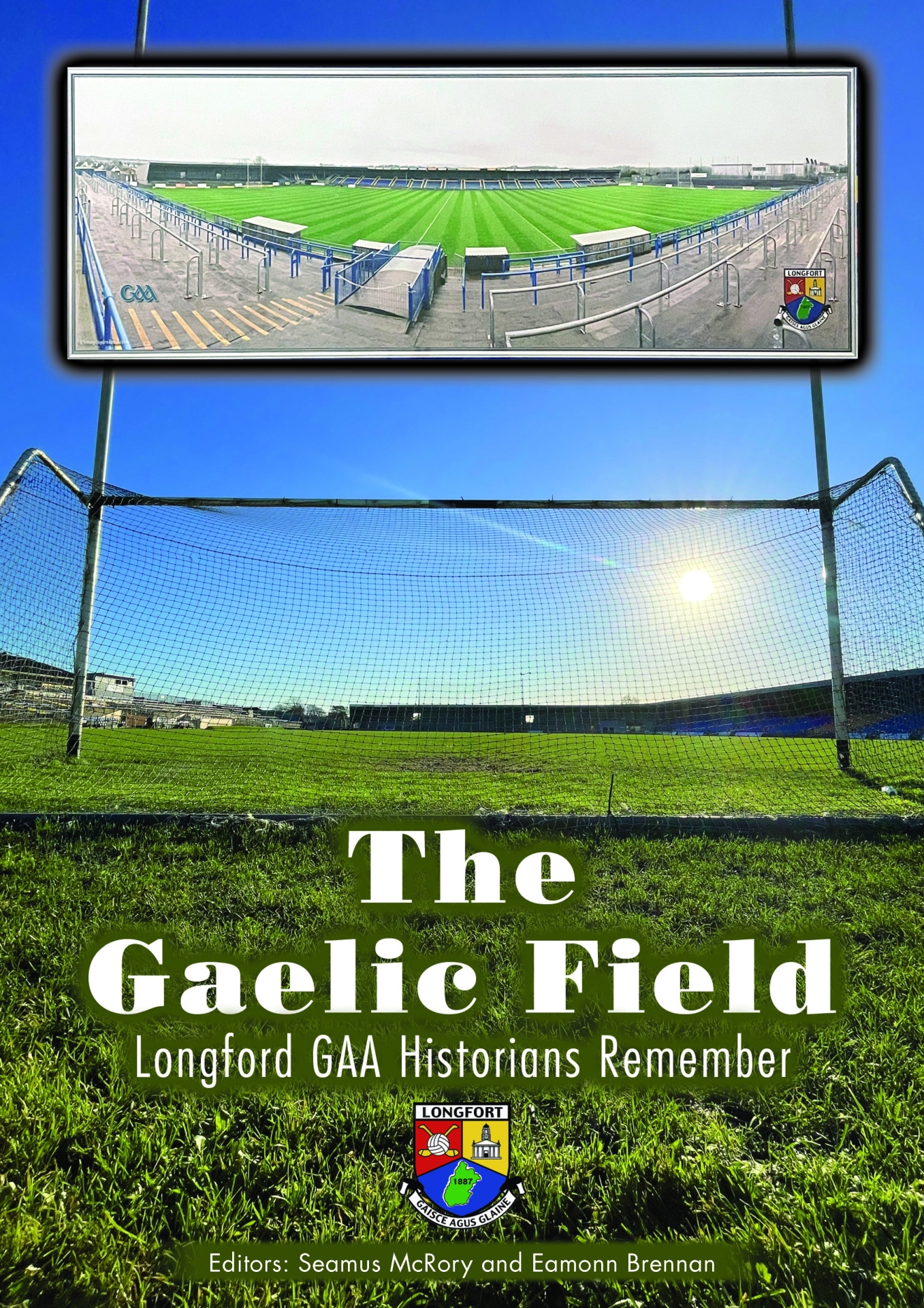