Tributes pour in for Longford's Tiger of Jadotville 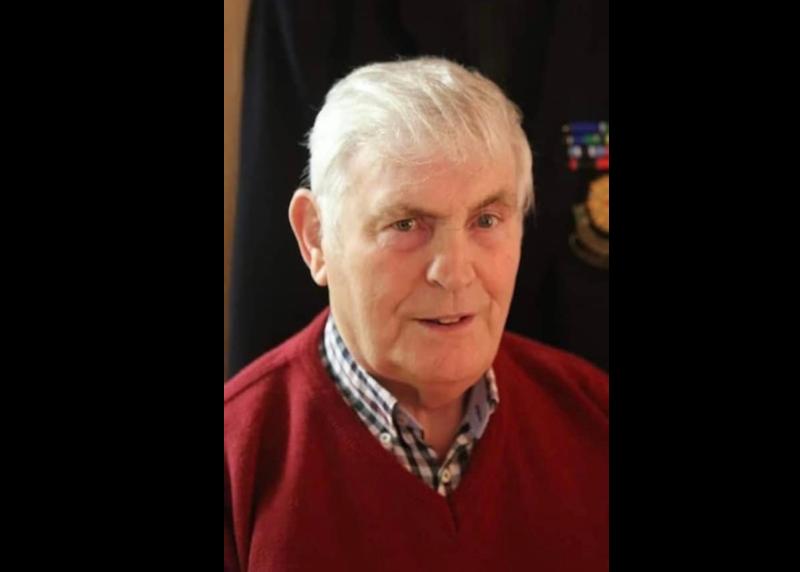 Longford is in mourning today as the news of the passing of well-loved Siege of Jadotville veteran Michael Tighe filters through the county.

Michael Tighe was one of the few remaining survivors of the Siege of Jadotville which took place in the Congo in the 1960s.

He was one of twelve  Longford men among 154 Irish UN soldiers, who were attacked by a local Katangan force, led by French and English mercenaries. Despite being outnumbered and outarmed they prevailed for five days until they ran out of food, water and ammunition.

The incident came to prominence again with the release of the acclaimed film ‘Siege of Jadotville’ while Michael Tighe also released his own book on the period, The Tiger of Jadotville.

The book tells the story of Mr Tighe’s experience in the Siege of Jadotville as a soldier with A Company 35th Battalion. He had been sent to the Congo for the second time in his career and it provides a heartfelt account of one man’s endeavours for justice.

Tributes are beginning to pour in on social media for the local veteran, who has been honoured many times for his bravery, with the Peter Keenan ONE Longford branch posting the following on Facebook last night:

Near the mining town of Jadotville, out on the African plain,

They fought their greatest battle, in that rugged, wild terrain,

For forty years their government ignored this gallant stand,

It was swept beneath the carpet like so many grains of sand,

But today their deeds are recognised, with medals on parade,

We’ll finally hail those warriors from the Western Brigade’.

"We were saddened to hear of the death of ex Quartermaster Mick Tighe who passed away this morning, March 30th 2022, at Mullingar General Hospital.

"Mick who was a long-serving member of the Peter Keenan Branch of ONE, was born in Elphin in 1939. He enlisted in the army in 1958 and served with the 6th Infantry Battalion. He served in the Congo with the 32nd Bn, 35th Bn and the 2nd Armoured Car Squadron.

"He was a member of A Coy who fought so fiercely at Jadotville in September 1961, and with others never gave up the fight to have those soldiers and their heroic stand recognized by those in authority.

"It's amazing to think that he and his comrades, who were treated so shabbily by their superiors, remained so loyal to the army and the state down through the years.

"Mick was no shrinking violet, he was strong-willed and headstrong and wasn’t the easiest to work with, but he was the perfect soldier, willing to take on any task and see it through to a satisfactory conclusion.

"He was posted to 17th Bn, on 8th June 1970 and remained with the unit up to his retirement. He was promoted Cpl in 1971 and later elevated to QM of C Company, Strokestown.

"After he retired, he worked in the security business where the expertise gained in his military life was much sought after. In 2016 his book, ‘The Tiger of Jadotville’ was published, this was his personal account of his experience of the events and aftermath of the siege of Jadotville, it was a huge success.

"Mick was a first-class soldier, he loved the military life, but above all this, his wife and family were always his first priority. To them, we would like to extend our sincere sympathy at this difficult time.

Condolences have also been pouring in on rip.ie, with many friends and acquaintances expressing their sympathy with Michael's family.

Among them was local photographer and Humans of Longford founder Tiernan Dolan who said:

"Deepest sympathy to Michael's heartbroken family. A dear and loyal friend. The Tiger of Jadotville who had a heart of gold. Soldier, peacekeeper, storyteller, musician but more than anything - a proud and loving family man. Fantastic memories of a wonderful man. Ar dheis Dé go raibh a anam uasal."

Reposing at Glennon’s Funeral Home on Sunday from 6pm concluding with prayers at 8.00 pm (walkthrough only). Mass of the Resurrection on Monday in St. Mel’s Cathedral at 11am, followed by cremation at Lakelands Crematorium, Cavan, at 1.30pm.

The Mass will be streamed live, please go to www.longfordparish.com.

Those of you who would have liked to attend but are unable to may leave their personal messages in the “condolences” section on rip.ie. The family very much appreciates your support and consideration at this time.

Family flowers only please, donations, if desired, to The Irish Cancer Society, c/o Glennon Funeral Directors or any family member.

The family has requested that the house be kept private.