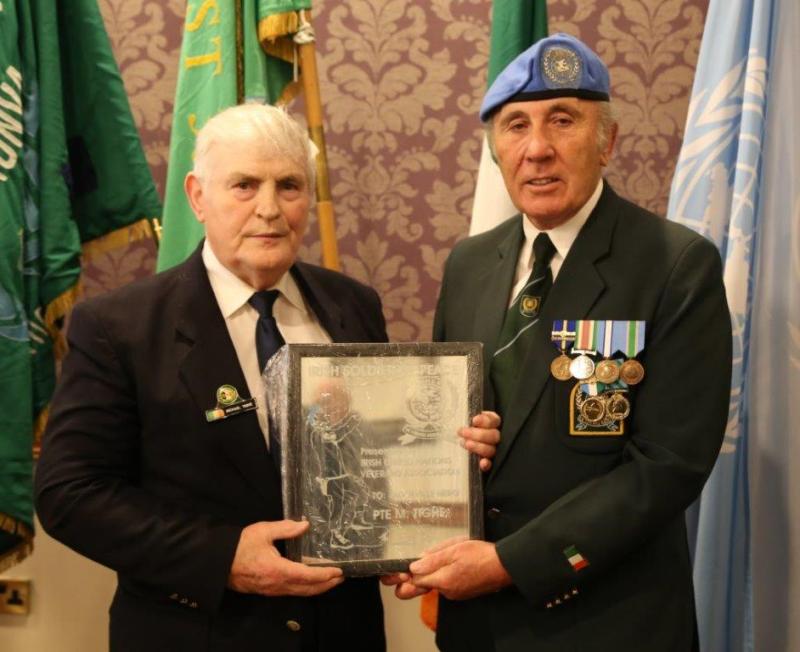 Michael Tighe, Longford town, was presented with a special award by William Gilbert, vice president of the Irish United Nations Association at a function on Sunday last in Claremorris, Co Mayo.

Michael Tighe is one of the few remaining survivors of the Siege of Jadotville which took place in the Congo 56 years ago.

Government decided on June 13 of this year last to award medals of bravery for those who fought in the siege of Jadotville in the Congo in 1961, but the survivors and the families of the deceased have yet to receives that official medal recognition.

Longford County Council did acknowledge the men's heroics a number of years ago and a special illustrated article will be feature their story in the forthcoming County Longford Historical Society Journal.