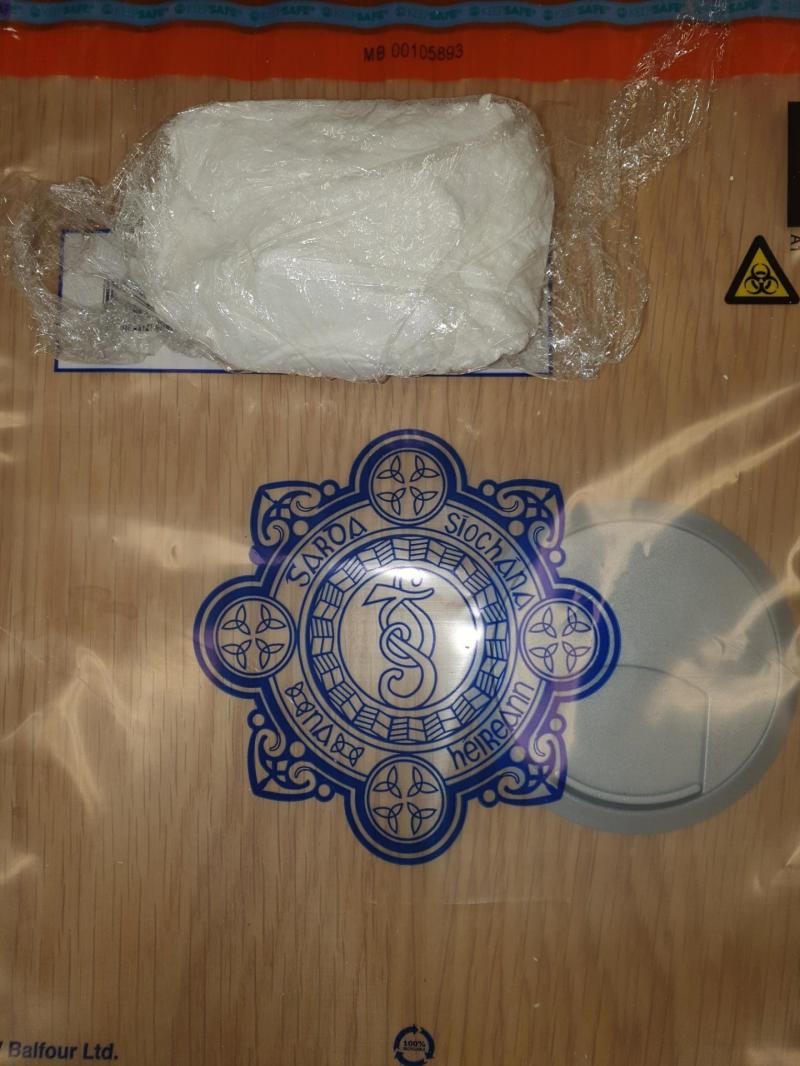 A man was arrested and later charged in connection to the discovery of €12,500 worth of drugs in Longford town earlier today

A man is to appear in court after gardaí seized approximately €12,500 worth of drugs in Longford town earlier today.

The man, who is aged in his 20s, was arrested after gardaí stopped and searched a car in Longford town shortly before midday.

During the course of that search, cocaine with an estimated street value of €9,000 was recovered.

The Leader understands a follow up search of a property along the Richmond Street area of town resulted in the discovery of a further €3,500 worth of cocaine.

All the drugs seized have since been sent for analysis as part of an ongoing investigation.

It's understood the seizure was made as part of Operation Tara, an initiative launched in July last year aimed at tackling street-level drug dealing in cities, towns and villages across the country.

The operation has also seen gardaí focus on the increasing rate of drug related intimidation where families of users with debts are being targeted with threats of violence and death.

The male suspect who was arrested and detained for a number of hours at Longford garda station earlier today under Section 4 of the Criminal Justice Act was later charged in connection to the incident.

He is due to appear before a sitting of Longford District Court on February 1.

As part of Operation Tara Gardaí have seized €12,500 worth of suspected cocaine following searches today in Longford.

A man in his 20s was arrested and charged in relation to the seizure and is due to appear before Longford District Court at a later date. pic.twitter.com/PgF7QpQ7A1