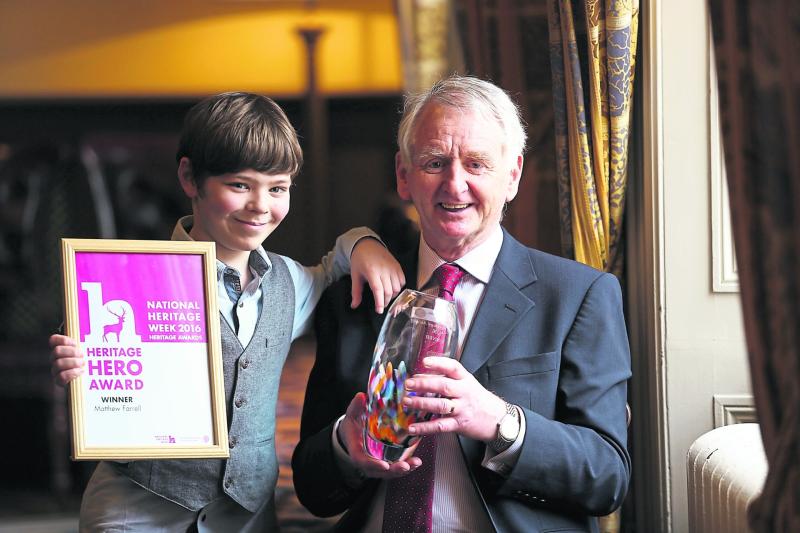 The search for Ireland’s ‘Heritage Hero’ for 2021 was launched on Monday, September 6, by the Heritage Council.

Every year, the Heritage Council seeks nominations for an individual or a group of people who have worked tirelessly to protect and promote heritage.

People from County Longford are invited to nominate the person or group that they feel is most deserving of the award by completing the Heritage Hero nomination form. Nominations close at 12 noon on Monday, September 20.

Down Memory Lane | Recognise anyone in this gallery of photographic gems from 1999?

Speaking about the call for nominations, CEO of the Heritage Council, Virginia Teehan said: “Heritage Heroes come in different forms: last year, the Heritage Council acknowledged Christy Cunniffe, who had recently retired as the archaeological field monument advisor for Co Galway. Mr Cunniffe was recognised as a ‘Heritage Hero’ for his efforts throughout his 30 years of involvement in heritage, in engaging with local communities and heritage groups, and sharing his own knowledge and enthusiasm with those around him.

“Heritage Heroes are special people who have made a significant contribution to maintaining and promoting our heritage: it may be natural heritage, built heritage or our intangible heritage, which comprises everything from traditional skills to language and sport.”

At the National Heritage Awards, the Heritage Council will also recognise the most successful heritage project from County Longford as part of the County Award category.