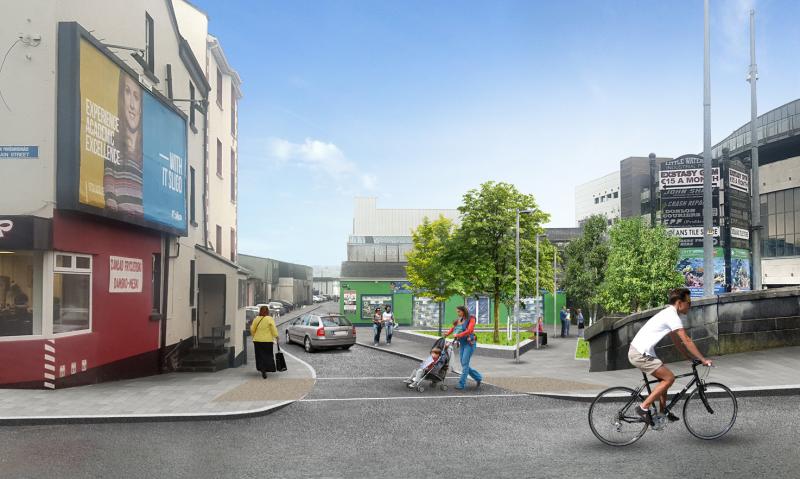 Senator Micheál Carrigy has welcomed the fantastic news for Longford with the announcement of multi million euro funding under the Urban Regeneration and Development Fund Second Call 2020 for the Camlin Quarter regeneration project.

Also read: Longford’s 'day in the sun' and investment that the town 'has been crying out for'

The Longford / Westmeath Fine Gael Senator stated, “The application submitted by Longford County Council was ambitious and exciting and this project will totally revitalise the long forgotten lower part of Longford town and re-connect with the core of the town."

Senator Carrigy continued, "The plan incorporates an area of over 55 acres, taking in the 18-acre barracks site, but with a new focus on the Camlin river. This project will coordinate the development of the northern area of Longford town. The project will showcase the heritage that exists within the Barracks complex which contains the site of the former Castle and Market House.  It will also improve the connection within the town to our fantastic facility in the Mall and much more."

Senator Carrigy spoke of how the Camlin Quarter project was a significant priority of his during his time as a member of the local authority.

"The project was a significant priority of mine while I was a member of Longford County Council and since being elected to Seanad Éireann, I have worked to ensure the continued support of the Government for this project.

"In December 2018, the then Taoiseach, now Tánaiste, Deputy Varadkar, visited the area and met members of Longford County Council and local business people who described in detail how the lower part of Longford town had been ravaged in recent years by the closure of a substantial number of businesses. The €10.4m funding that was announced today is a game changer for the town and county of Longford.”