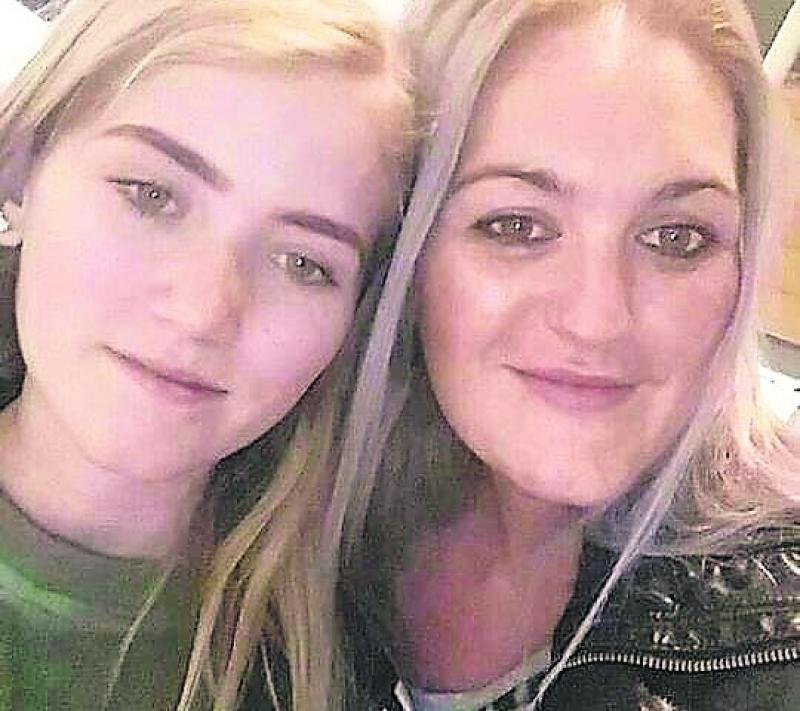 A Longford mother is calling for cystic fibrosis patients or those with chronic illnesses who are most at risk if they contract Covid-19 to be placed higher on the priority list for the Covid-19 vaccine.

Hazel Robinson, whose daughter Gypsy is a cystic fibrosis patient, told the Longford Leader this morning that parents of CF patients and CF patients themselves are by no means trying to skip the queue but are concerned that they are listed in the seventh group for the vaccine.

"We don't want to skip the queue or jump anyone but it's a really horrible situation to be in. I don't want to feel like we're taking from someone else that needs it," she explained.

"But everyone is fighting their corner and with cystic fibrosis, it varies from patient to patient. It depends on what end of the scale you're on and some people with cystic fibrosis are on the chronic end of that scale, waiting for a lung transplant and they're seventh on the list for vaccine."

In the UK, she noted, those with chronic illnesses are prioritised alongside the over 70s as they are considered most at risk.

Ms Robinson also stressed that the people who are most up to date on who needs the vaccine most are the GPs, who know their patients best.

"Our GP is a family GP and she said to me that doctors have been told they have to give the vaccine to the over 70s first but she has a list of patients that she feels are most at risk. If there's anyone who knows who needs this vaccine most, it's the GPs," she said.

Hazel's daughter, Gypsy, is 18 years old and currently studying for her Leaving Cert exams remotely. She has been cocooning since the beginning of the pandemic, with just a brief time in July where she could get out and about and enjoy some form of normality.

"She's been completely cocooning at my mam's house where she has her own room and her own toilet," Hazel explained.

"With the boys going to school, I couldn't take the risk of them coming out and being around her."

Before the pandemic, Gypsy was transferred to an adult hospital and was just getting used to the change when Covid-19 stuck the country.

"It was a big transition for her and then the pandemic hit and she can't avoid hospitals, so she went in and it felt like I was sending her into the lion's den," said Hazel.

"There's just so much danger and if she contracts this virus, I don't want to think of the outcome because I can't see her lungs being able to hold up to that. She's fighting an invisible enemy and it's scary. People with cystic fibrosis - especially those who are waiting on a transplant or who have had a transplant or whose immune systems are compromised - should be in with the over-70s."

Ms Robinson added that she would love to see Ireland doing something similar to the UK and ensuring its most vulnerable, chronically ill citizens are prioritised.

"I'm going to advocate for that. But how do you fight your corner? It is so important we get our voice heard. Everybody is trying to fight for it and, with Gypsy down at number seven on the list, it's impossible to know when she'll get the vaccination," she said.

Cystic Fibrosis Ireland released a statement yesterday afternoon calling on people to contact their TDs to try and get patients with CF prioritised.

"All people with cystic fibrosis are currently designated 7th out of 15 priority categories for Covid-19 vaccination," the statement read.

"Cystic Fibrosis Ireland recognises the challenges to Government/HSE of establishing an equitable framework for vaccination priority in Ireland. However we are concerned about an apparent inconsistency particularly between the present vaccination priority list and those designated by the HSE as ‘very high risk’ (also called extremely vulnerable).

"To be consistent with the HSE designation and vaccination it would surely make sense that all those groups that are designated very high risk from COVID 19 are also designated as category 3 for vaccination purposes.

"We would ask you to consider writing/contacting your TD's on this issue. While our concern is to ensure that everyone with CF is given greater priority for vaccination. We would also ask you at this time to urge the highest prioritisation should be for those with the most severe forms of CF, including those waiting for a transplant or those that have had a transplant."