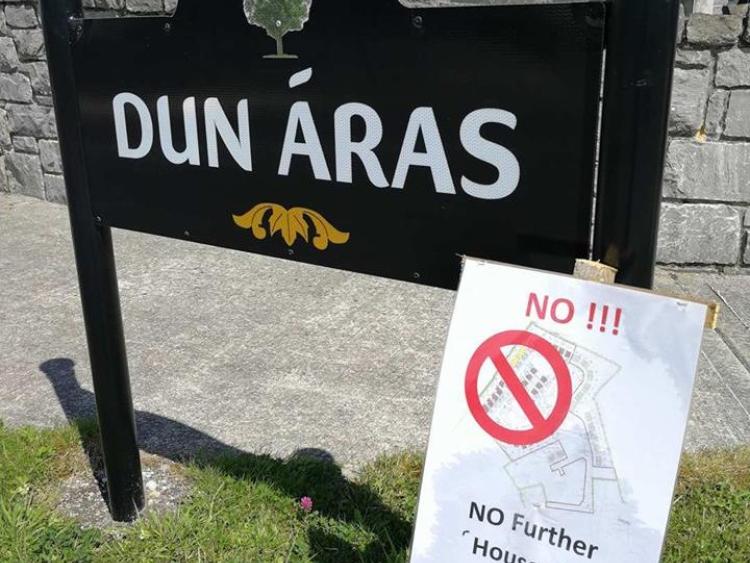 Longford County Council has, for the third year in a row, granted 'conditional' planning permission for the development of additional houses at the Dun Áras housing estate in Ballymahon.

Beacon Assets Ltd, earlier this year, submitted a proposal for a residential development of 37 new houses in the estate, as well as all ancillary works.

Construction of additional dwellings on the site was denied by An Bord Pleanála last year and the year before on the principle that there is no safe pedestrian footpath between the existing estate and the town of Ballymahon along the Ballymulvey Road and that the proposed developments would “endanger public safety by reason of a traffic hazard”.

In their appeal to Longford County Council Planning Department, The Dun Áras Residents Association noted that Beacon Assets Ltd's application has this time included a connectivity report advocating a proposed cycleway and footpath through the estate via Marian Terrace and Villas.

"A version of this pathway in varying shape and form was offered by the applicants in every application submitted for this site to date, including the original application," the appeal read.

"This route has never been acceptable to An Bord Pleanála or the residents. Even now, glossed up and with bells on, this route will not bring the development into compliance with An Bord Pleanála's directions.

"Indeed, it is the belief of the residents' association, under consultation from pavement design engineers, that this proposed cycle and pedestrian infrastructure will pose an additional safety risk.

"There is no similar level of infrastructure at either end of the proposed route, therefore there is an increased risk that the cycleway will create a false sense of security for users, which will lead them to reduced awareness approaching the ends of the section

"The route also ignores the existing culture and usage of the Ballymulvey road and the fact that the vast majority of residents will continue to use the Ballymulvey road for their pedestrian access to Ballymahon, without any appropriate infrastructure in place to protect them from vehicular traffic, traffic which would be vastly increased by the granting of this application."

The application filed by Beacon Assets Ltd earlier this year has been granted planning permission with a list of conditions in place and a prerequisite that no development shall take place prior to the completion of the pedestrian footpath and cycling track from the subject site to Marian Terrace.

Residents of Dun Áras have been previously vocal in their dismay at the plans and a spokesperson has confirmed that they will once again be taking their appeal to An Bord Pleanála.