Round three for Dun Áras residents in Ballymahon planning row 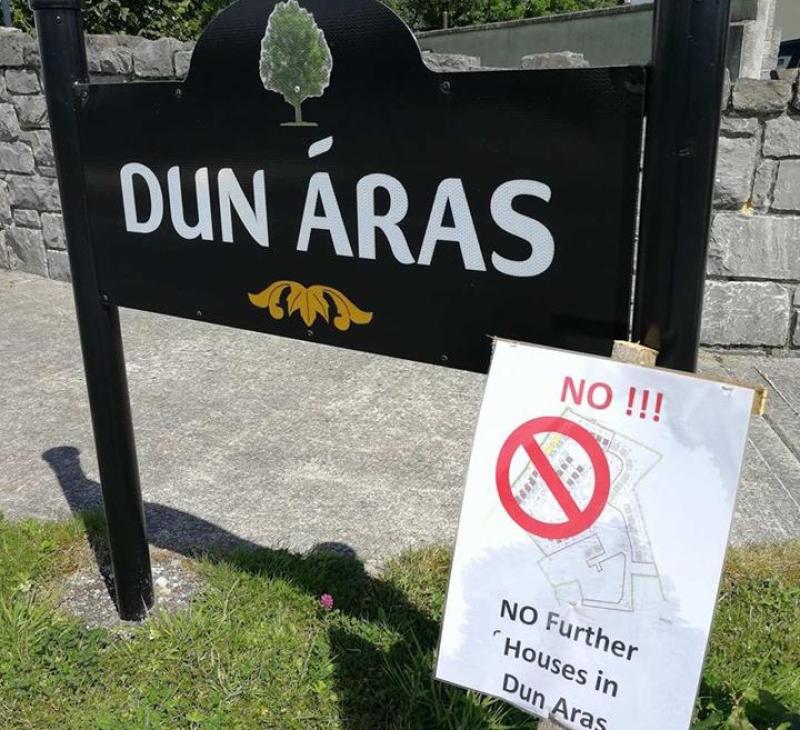 Residents of Dun Áras, Ballymahon have expressed their “extreme dismay” at yet another application for planning permission in the estate, following An Bord Pleanála’s decision to refuse permission for 32 houses in the same estate last year.

For the third year in a row, an application has been submitted by local engineer Mark Cunningham, of Beacon Assets Ltd, for the proposed construction of a residential development of 37 new houses in the estate, as well as all ancillary works.

“This coming less than a year since An Bord Pleanála rejected a similar application by the same party - the second time ABP rejected this application in a 12 month period.

“We note that the number of dwellings has now gone back up to 37 from the 32 which ABP rejected last April,” said Seán Clancy of the Dunaras Residents’ Association.

“The timing of this application adds insult to injury, with the applicant capitalising on a time of international crisis, when people are at their wits’ ends and financial ends, to slide his application through the planning process, safe in the knowledge that the residents’ association cannot meet or meet with other concerned parties or with the council.”

The dangers of the Ballymulvey road were taken into account when An Bord Pleanála was making its decision last year and it was the lack of a pedestrian footpath and cycleway on the narrow, winding road that ultimately resulted in the refusal of planning permission.

Residents of Dun Áras, the Balymulvey Road and other surrounding residential areas will be lodging an appeal to Longford County Council and to An Bord Pleanála if necessary, Mr Clancy confirmed.

“The conditions of the original grant of planning for the existing estate still have not been met and the posted notice for this application indicates that it will also fail to meet them,” said Mr Clancy.

“Attempting to put increased traffic through our neighbours in Marian Terrace and Villas will not meet this condition, (it was not a suitable solution for An Bord Pleanála in the applications submitted previously) and instead will only cause further disruption and security concerns to our neighbours in Marian Terrace and Villas, while increasing the hazards and risks to the pedestrians and community in Dun Áras, Ballymulvey and Ballymahon.”

Hopes that Longford County Council would take the estate of Dun Áras in charge following previous attempts to increase the number of dwellings on the site have also not been realised, he added, and residents are feeling let down by the council in this regard.

“We are also dismayed that the promises of the executive and elected members of Longford County Council to take our estate in charge still have not been fulfilled, leaving us once again at the mercy of developers like this.”

Beacon Assets Ltd submitted their planning application to Longford County Council on March 26 last and the local authority planners have deemed it invalid, however, that doesn't prevent against a revised and valid application being made again in the future.

Read also: 'This is an extreme insult against our community': Dun Áras residents hit out at Longford planning authority