'This is an extreme insult against our community': Dun Áras residents hit out at Longford planning authority 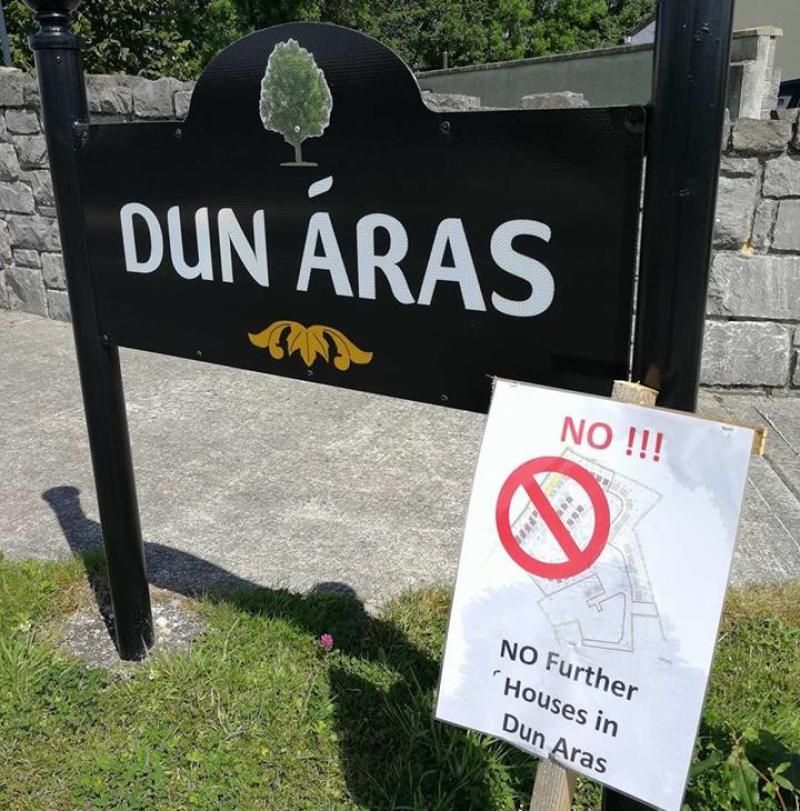 Residents of Dun Áras, Ballymahon were breathing a sigh of relief last week when they received the news that An Bord Pleanála had refused a second application for planning permission for 32 new houses to be built in the estate.

On June 29 last year, An Bord Pleanála denied local engineer Mark Cunningham planning permission for a similar development in the same estate following a year-long campaign and a number of appeals and objections by Ballymahon residents.

Last week, the Bord once again refused planning permission which had previously been granted to Beacon Assets Ltd by Longford County Council, citing traffic hazards as its main reason for refusal.

The Dun Áras Residents Association last week expressed their delight that the Bord stuck firmly to its previous decision but have questioned the council's reasons for once again granting permission despite last year's result.

“We must seek clarification from our elected members and Longford Council for the reasoning behind the planning authorities in Longford granting permission for this development, despite two previous direct rulings from An Bord Pleanála, and the continuing absence of adequate pedestrian provisions along the Ballymulvey road,” read a statement released by the residents last week.

The statement went on, “Longford County Council were willing to make special commitments to provide pedestrian and sewage services to accommodate a developer and yet have, to date, failed to provide these same critical services to residents, despite the two previous ABP rulings, 10 years of promises to Dun Áras residents and more than 30 years of promises to Ballymulvey residents.

“This is an extreme insult against our community and seriously undermines faith in the planning authority within County Longford.

“We must again iterate our thanks to the community within Ballymahon and Co Longford for their incredible support through these very tense few years.

“We would also like to extend our thanks to An Bord Pleanála for their time and effort in reaching this informed and fair decision.

“And finally we would like to sincerely thank those elected members of the Ballymahon district who gave their time, support and advice so willingly and helpfully.”