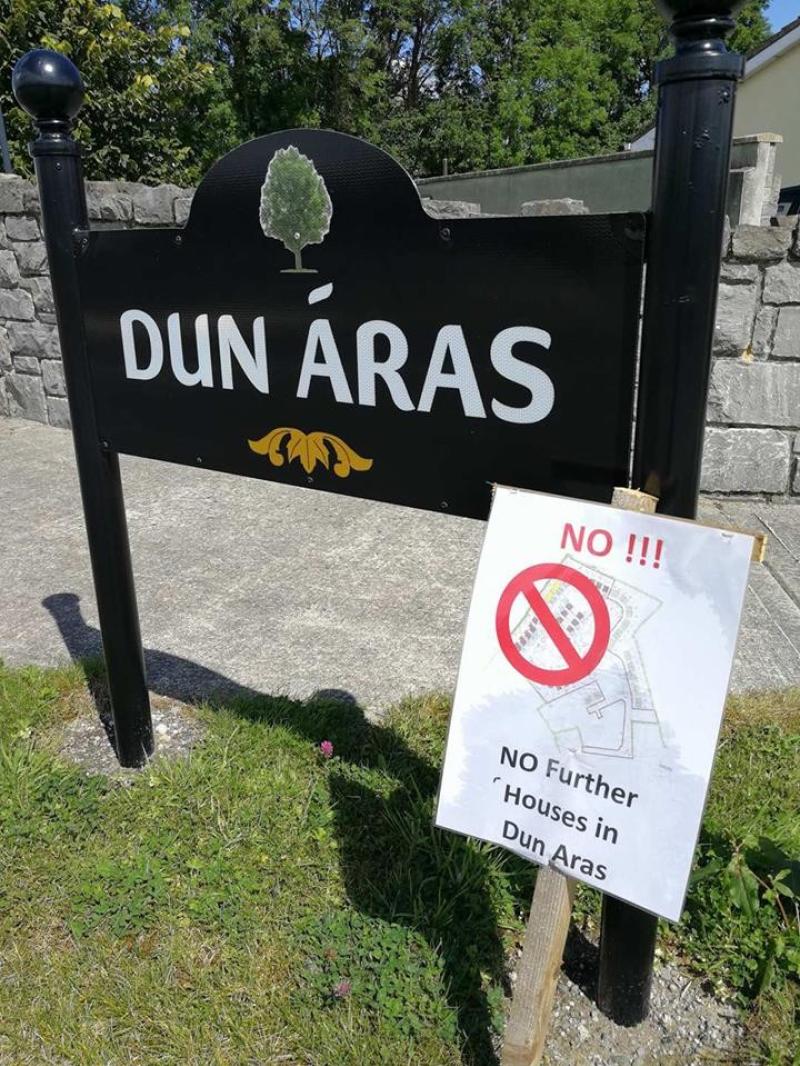 Residents of Dun Áras, Ballymahon are rejoicing today following the news that An Bord Pleanála has refused planning permission for 32 new houses to be built in the estate.

On June 29 last year, An Bord Pleanála denied local engineer Mark Cunningham planning permission for a similar development in the same estate following a year-long campaign and a number of appeals and objections by Ballymahon residents.

The Dunaras Residents Association this morning expressed their delight that the Bord stuck firmly to its previous decision, once again refusing permission for a similar, marginally smaller development. Plans for the development were lodged by Beacon Assets Ltd last August.

"The lack of adequate safe pedestrian access has been a critical issue to life in Ballymulvey for decades and we greatly appreciate that An Bord Pleanála have taken this into regard and not added to this already extremely hazardous situation," the residents said in a statement released this afternoon.

"We must once again press Longford County Council, and the elected members of the Ballymahon Municipal District to have the estate taken in charge immediately.

"Despite promises over the past 10 years that the Dunaras estate would be taken in charge and that the council considered it finished and complete, the taking in charge still has not happened and residents remain living in what is technically classed as an unfinished estate; vulnerable to the whims of developers and with no guarantee of provision of services.

"All this while continuing to pay property taxes to support Council guidance and services. At this point, any further delays are unacceptable."

Read also: No let up in Ballymahon Dun Áras saga after tabling of planning appeal