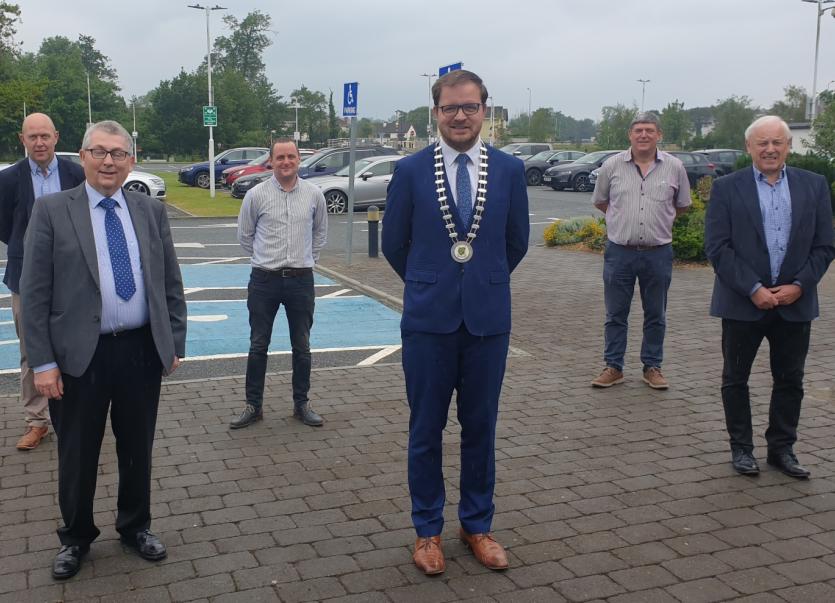 Cllr Colm Murray (FG) has been elected to the position of Cathaoirleach of Ballymahon Municipal District following a meeting last week.

Nominating his party colleague, Cllr Paul Ross said that Cllr Murray has been a councillor for seven years and served as chair for the district previously.

Taking over the cathaoirleach’s chain, Cllr Murray thanked his fellow councillors for electing him.

The team of councillors, along with the executive, have progressed south Longford significantly over the years, he noted, and they will face a number of challenges in the coming year, including the “winding down” of Bord na Móna in Lanesboro, and the Derryadd Wind Farm plans.

“With Covid-19, I hope we’ll be able to help people and groups through the challenge and get back to a more prosperous position,” said Cllr Murray.

His first official act as Cathaoirleach for Ballymahon Municipal District was to hold a minute’s silence for Detective Garda Colm Horkan who had tragically been killed the previous night with his own gun while on duty in Castlerea.

“Garda Horkan is the 89th member of An Garda Síochána to pass away on duty since its foundation. These events seem to shock the community as a whole.”

Next on the agenda was the election of a Leas Cathaoirleach. Cllr Pat O’Toole (FF) nominated AILG president Cllr Mick Cahill (FF), and his proposal was seconded by Cllr Gerard Farrell (FG).

Cllr Murray deemed Cllr Cahill elected, expressing his congratulations; “Mick is a very experienced councillor. He’s also President of the AILG for the last eight or nine months and he’s a very popular president too.”

Accepting his new role, Cllr Cahill stated that it is “an honour to be deputising” to Cllr Murray and said he looks forward to supporting the cathaoirleach in the challenges ahead.