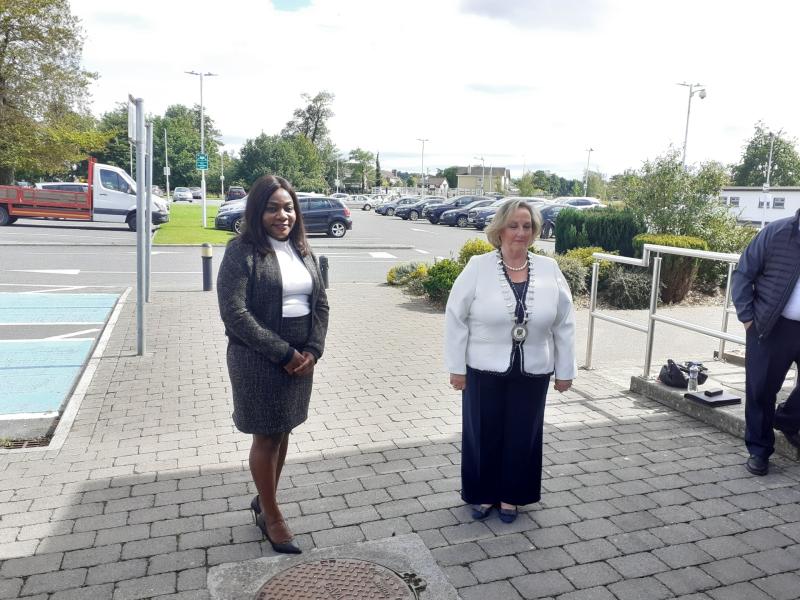 A new chapter in Longford's political history was made this afternoon as Cllrs Peggy Nolan and Uremu Adejinmi were elevated to the top table of Longford's Municipal District.

The pair were elected Cathaoirleach and Leas Cathaoirleach respectively at its annual general meeting at Longford's Mall complex.

It represented the first time two women have ever occupied both roles at municipal district level, a feat which was not lost on both as they thanked fellow councillors for their support in bringing about the move.

Cllr Nolan said it was a privilege to occupy the office of cathaoirleach, a title she has occupied under the guise of the former Longford Town Council and County Council on four previous occasions.

"What drives me and always has is our community and that, for me, will always be at the heart of everything we do," she said, adding Longford's diaspora both at home and abroad were, in effect, "extensions of my own family."

Her Fianna Fáil opposite number, Cllr Adejinmi said the day was equally gratifying and one that will live long in her memory.