Disgruntled shopper hits out at panic buyers: "If she had the runs 50 times a day from that day until the day she died she still wouldn't be able to use all the toilet rolls she had" 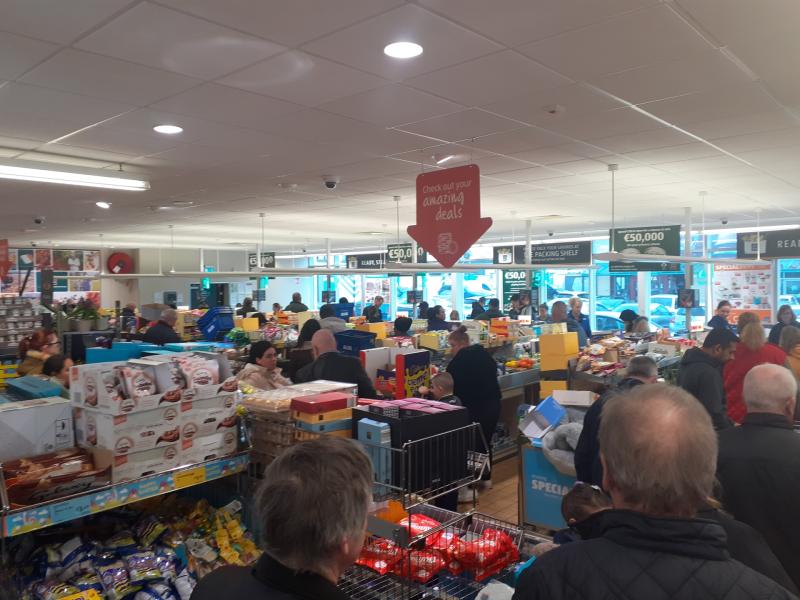 Longford consumers are being urged to refrain from panic buying after this morning's announcement by Taoiseach Leo Varadkar to enforce a blanket closure of schools, colleges and creches in the face of a growing coronavirus pandemic.

These were the chaotic scenes in Longford's Aldi store this afternoon as scores of shoppers took to the isles of the German discount chain to stock up on essentials following this morning's announcement. 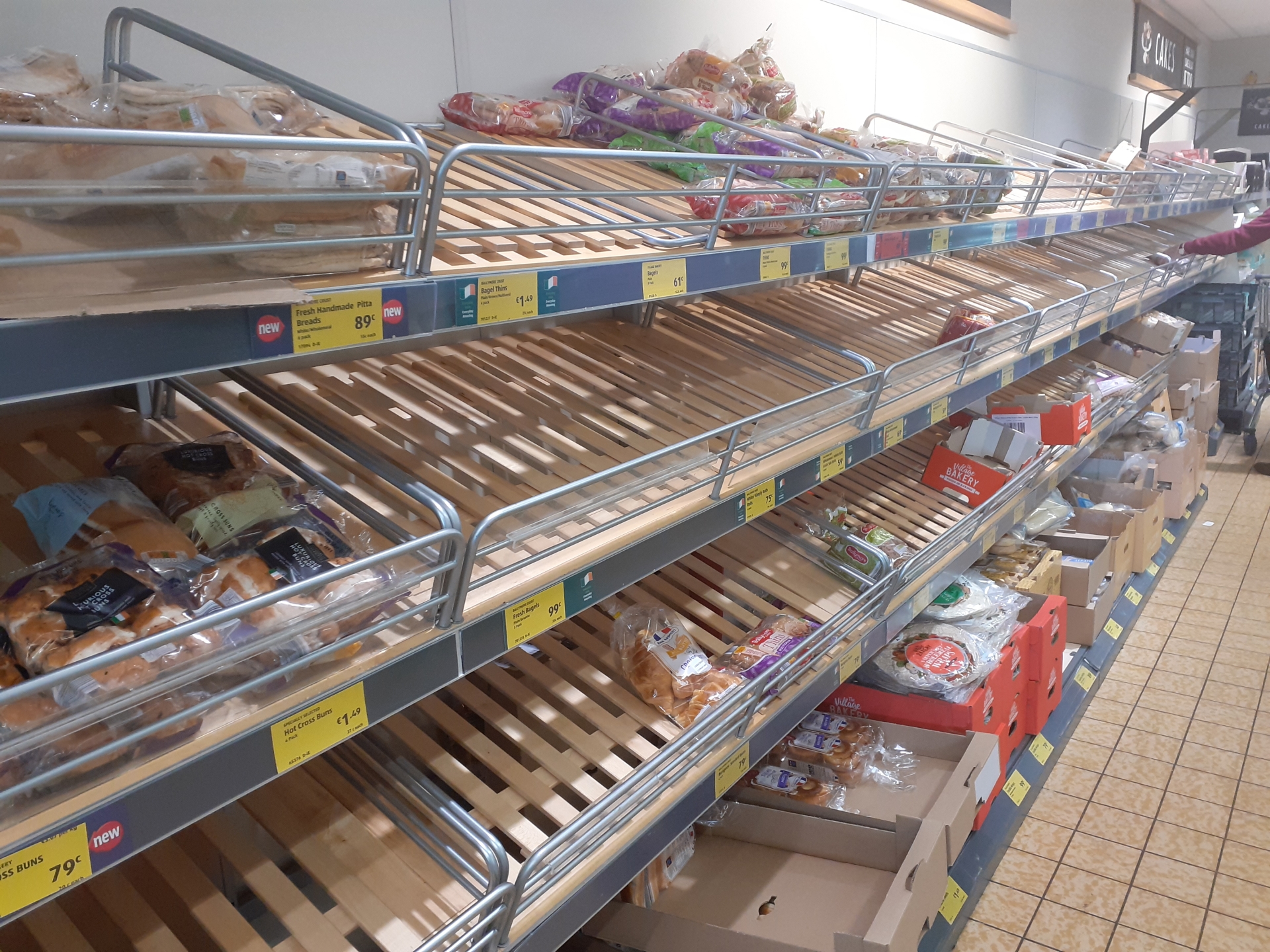 The Leader spoke to a number of shoppers who expressed dismay at the long queues and battle to obtain staple household items such as bread and milk with many shelves left bare as a consequence.

"It's armageddon down here," said one startled and clearly irked customer as she began to take her place in the checkout.

Towards the back of the store, isles were that busy trollies and young mothers with children struggled to make their way through the increasing crowds which were piling through the doors.

Such was the demand for milk, only six cartons (as evidenced below) remained on the shelves shortly after 3pm today. 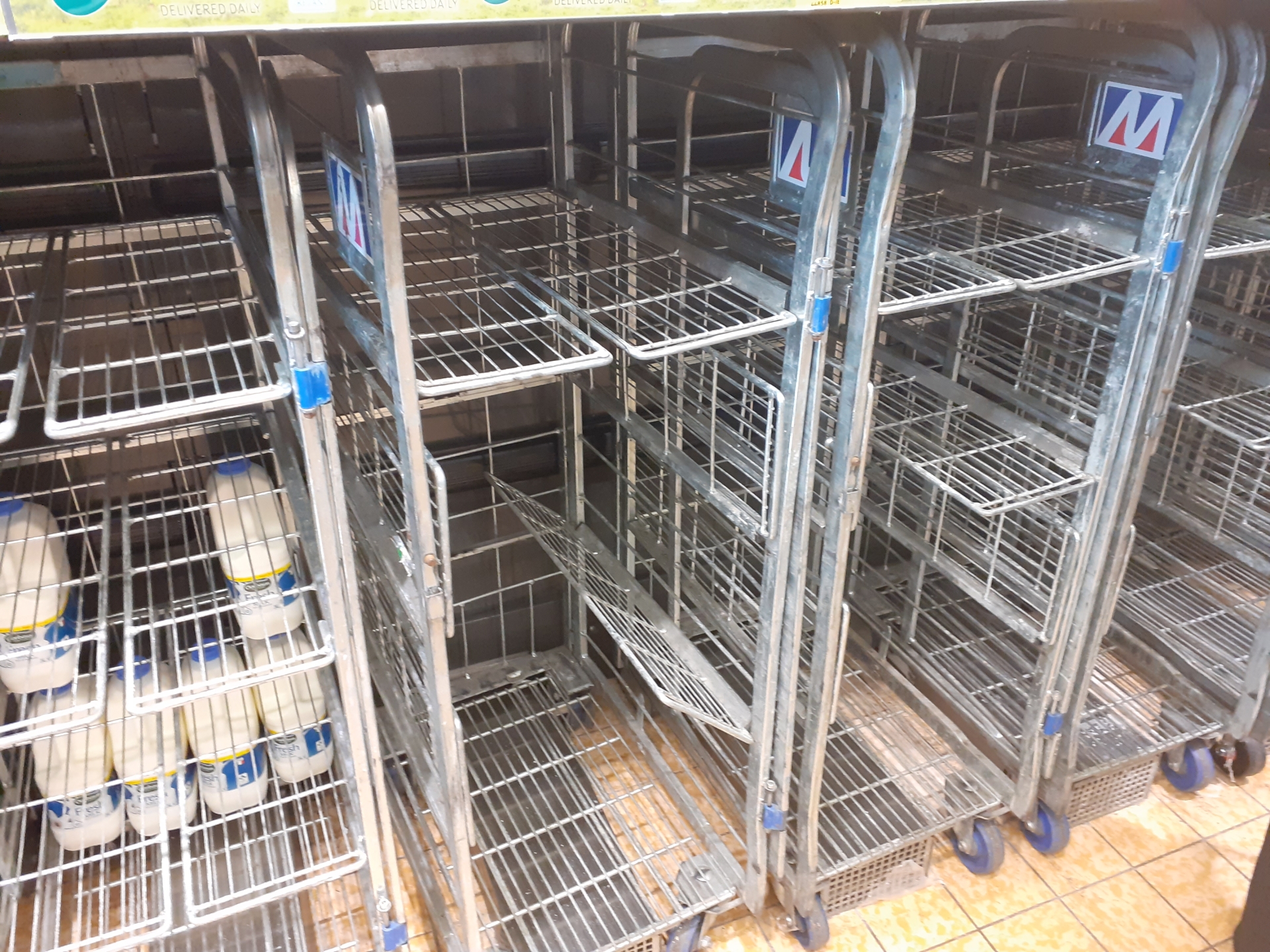 One disgruntled customer who aired her frustration after exiting the store, said she had never witnessed anything like it in her life.

"The old Ireland has gone, the new Ireland has taken over," she stormed, while hitting out at those who were stockpiling in the midst of the Covid-19 crisis.

"We, as a society, should be sticking together, not pulling each other apart. The Government really needs to bring in emergency legislation and quickly because everyone deserves a fair crack of the whip.

"What about the single mum on €200 a week who can't afford to buy in bulk? Where does she go, what does she do?"

A view outside of Aldi's thronged car park summed up the woman's overall sense of exasperation at the lengthening queues.

She also told of seeing a female shopper earlier in the week appearing to cram several packs of toilet roll into her car.

"She had that many rolls she could hardly shut the boot of her car," said the incensed woman.

"If she had the runs 50 times a day from that day until the day she died she still wouldn't be able to use all the toilet rolls she had.

"Absolute madness isn't the word for it."