No dice in General Election 2020 for Longford's ‘other’ candidates 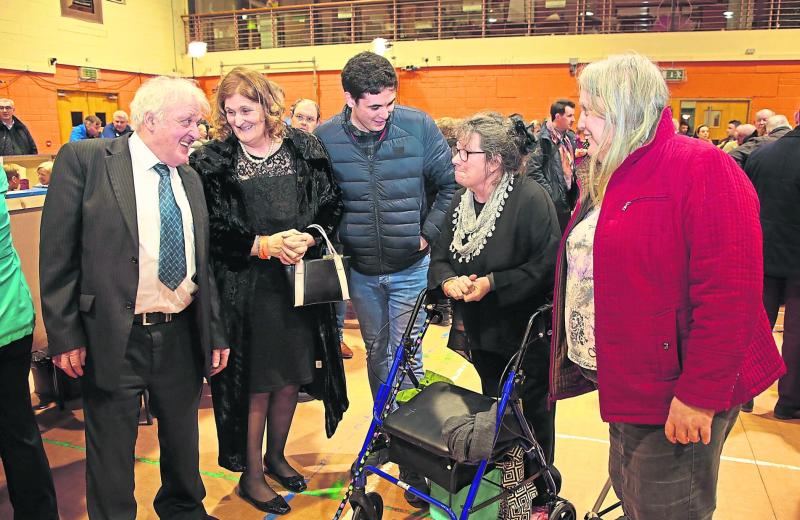 Kevin Forde looks at how Longford's ‘other’ election hopefuls fared

Although all of the talk in the run up to general election 2020 in Longford/Westmeath centered on the rivalry between Fine Gael’s Micheál Carrigy and Fianna Fáil’s Joe Flaherty and their bid for a coveted seat, many other Longford-based hopefuls had thrown their name into the electorate hat.

One being Legan’s Anna Kavanagh, who was officially eliminated from the general election race on count four.

The retired teacher, secretary of the Stop CETA Alliance of Ireland and Convenor of the Alliance of Birthmothers Campaigning for justice, was running as an independent candidate in the election, and managed to obtain just 408 votes, 334 of which were first preferences (FP).

Although having been eliminated at an early stage, Anna told the Leader she was happy with her overall performance, especially in light of her no poster, no leaflet, no doorstepping campaign. She admitted, however, this would be her one and only election campaign.

“I am absolutely overjoyed with the outcome of today’s results.

“I won’t be running again in the future, because the baton has been handed over from the old guard to younger people. Younger people are going to take over the running of this country.”

Solidarity People before Profit candidate for Longford/Westmeath, Barbara Smyth, officially bowed out of the race for a seat in the constituency on count number five of the general election.

After obtaining a total of 725 votes (411 FP votes) and conceding defeat, Ms Smyth thanked everyone who supported her campaign.

“A huge thank you to everyone who voted for me, I am really happy with my vote.

“Thank you to everyone who helped canvass, deliver leaflets and those who spoke with friends and family to encourage a left vote.”

She also issued her congratulations to Sinn Féin’s poll topping Sorca Clarke, for what she described an ‘amazing achievement’.

Former chair of Longford IFA and Deputy leader of the National Party, Ballinalee’s James Reynolds was eliminated on count six. Mr Reynolds achieved a total of 1,130 votes, 983 of which were first preference votes.

Read also: Outside the Longford/Westmeath political bubble: Election success in our neighbouring constituencies

After conceding defeat, Mr Reynolds said he accepted the results with a ‘healthy optimism’.

He stated: “I accept my result with good grace and a healthy optimism with an eye towards the future. I believe the groundwork has been laid for future successes.

“I will continue to articulate a nationalist alternative vision to the people of Longford-Westmeath and indeed the entire country through my involvement in the National Party.

“I look forward to continuing my work in Longford and demonstrating my commitment to the people.”

The final Longford based candidate to be eliminated early on in the general election race was Independent candidate, Bunlahy’s Frank Killbride.

There was to be no comeback for the self proclaimed ‘comeback kid’ this time around, however, as he managed 206 votes in total (197 first preferences) and was subsequently eliminated on count two.