Longford Leader columnist Mattie Fox: Nobody could be satisfied with how the country is being handled 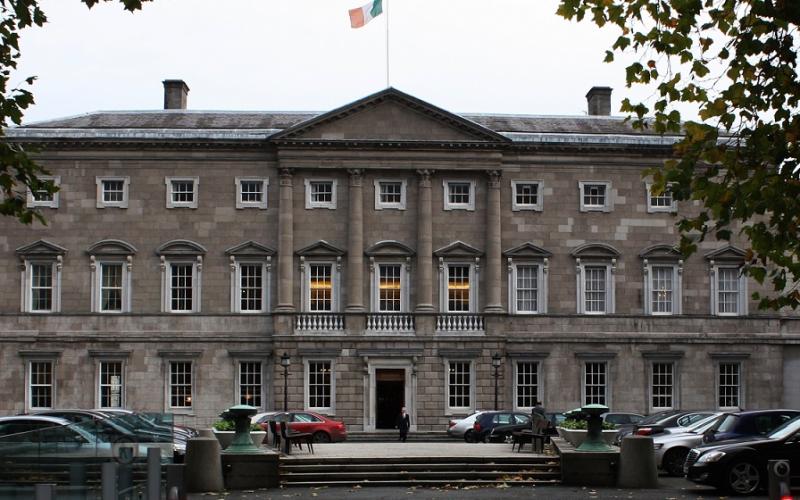 The time is 1.03 pm, on Saturday, February 8, 2020. I’m writing this column now and it will reach the editor Alan Walsh, long before any indications of what way the election has resulted.

I wanted to record whatever I wanted to say, just for the record, in advance of any polls or predictions. We’ve been stormed on all sides for the last three weeks.

As the election became more critical, and as some alleged facts - in voting predictions that is! - came to the fore more and more intense the campaign became. We had some interesting debates, some very boring, and others that would wear any sane person out of steam.

Overall Sinn Féin seemed to be surprisingly rising in the polls, while Fianna Fáil looked to be improving their count too, while the general consensus - all without the benefit of voter decisions - was that Fine Gael were facing the loss of some ministers and a big slump in the vote.

Also read: Flaherty vows to put Longford at ‘centre of universe’ as he is elected to Dáil Éireann

Nobody should be surprised that people feel so angry, even maybe anarchic. Nobody could be satisfied with how Ireland is being handled currently. Driven by greed.

Worldwide, there is an increasing, steadily growing swell of a new way of viewing politics, and the political systems. We had some amazing examples of the arrogance with which the electorate are now regarded, when RTÉ saw fit to have Miriam O’Callaghan moderating a debate featuring Fine Gael, Sinn Féin, and Fianna Fáil.

No person should be placed in such an onerous position, not when the national broadcaster has such an impact and when her own brother was a candidate for Fianna Fáil .Officially, RTÉ is legally subject to the rules of balance. It will be interesting if anything happens in the aftermath of the election.

We walked up to the polling booth on a freezing cold day, and savoured the atmosphere of people we knew arriving, mostly by car, to do their rightful duty. One couldn’t avoid thinking of some who are no longer with us, and some who shaped our thinking until maybe we began to see the world in a different way.

Times when some of us were seized in boyhood wonder at all the people who had come to the house, one night. Not knowing it was the meeting place for the Fianna Fáil Cumann. How life changes.

Whispered conversations everywhere. We weren’t allowed into the main area and were soon dispatched to bed. One time Childers was present, and that was a moment that stuck in the memory. I wonder what even he would think now?!

Coming back from voting we thought, and talked of locals like Micheál Carrigy, James Reynolds, Frank Kilbride, and others such as Joe Flaherty, all of whom had taken the big decision to allow their names be ridiculed, and praised in equal measure.
As the saying goes “treat those two imposters just the same”.

That’s the only way to treat anyone talking ‘the right thing to say’, pre-election. As some of the candidates will be unfortunate enough to discover after the fact.

There was a time when cars were organised by the parties all over Ireland, and locally it was a big thing to have a car in the first place, and to be one of those transporting the voters who needed transport to the polling booth.

Which reminds me of another, maybe more relevant
“Come senators, congressmen
Please heed the call
Don’t stand in the doorway
Don’t block up the hall
For he that gets hurt
Will be he who has stalled
There’s a battle outside and it is ragin’
It’ll soon shake your windows and rattle your walls
For the times they are a-changin’....”