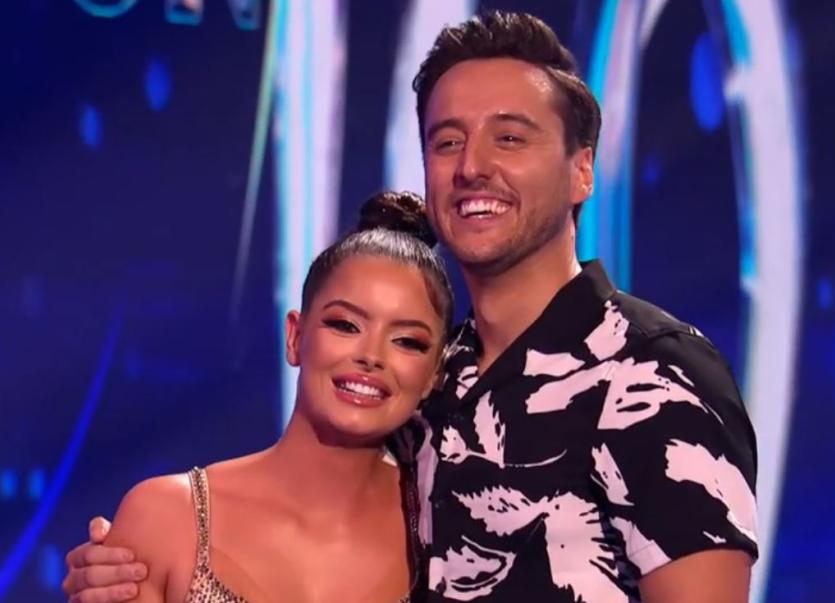 It’s never easy being the first one to perform on any reality TV show and Maura Higgins knows that all too well after her impressive routine on Dancing On Ice on Sunday night.

The Ballymahon woman was never really a skater but she performed with a level of ability that is rare to see in the first couple of weeks of the show and managed to get herself 22 points out of 40 for her efforts.

“I just never thought that I’d get this amazing opportunity and I want to do well, so I don’t want to be booted out on week one or week two. Nah,” she said in a video clip played before her performance.

Maura was certainly the sassiest contestant on Love Island last summer and she brought that sass from the tropical villa right onto the ice rink on Sunday with her dance partner Alexander Demetriou.

The pair sped around the rinc to Lizzo’s popular hit, Juice, throwing in an impressive number of lifts, including a rarely-used spinning lift.

In a Q&A interview ahead of the show, Maura listed lifts and headbangers as her biggest fear in the competition.

Read also: 'The glitz and the costumes, that's a bit of me': Q&A with Ballymahon's Maura Higgins

“They are very daunting. But I will try anything. That’s just the way I am. I have to trust my partner. If you don’t trust them, you will do nothing. You might as well not do the show,” she said.

But she did it and the judges were suitable impressed with this early show of skating talent.

And, with 22 points under her belt in the first week, Maura can be as smug as she likes towards her rival, Joe Swash, whom she beat by half a point in the first routine.

“I’m trying to knock Joe Swash’s confidence down and I think that it’s working,” she said in her video.

When Holly Willoughby revealed on Sunday night that she had beaten Joe by half a point, she jumped for joy, shouting “Joe Swash, did you hear that?!”

In the audience on Sunday night was Maura’s Love Island beau, Curtis Pritchard, showing his support for the Ballymahon model.

Social media was swarming with messages of support and pride for Maura, but one person who was extremely proud was her professional partner, Alexander.

“He’s probably really disappointed that he has me. He calls me T-Rex,” Maura laughed in her video clip, as Alexander mimicked the small, bent arms of a T-Rex.

But, the pro dancer only had good things to say about Maura ahead of their routine.

“Maura has very good skating ability. She’s a lot better than she thinks,” he said.

Dancing On Ice continues next Sunday evening on Virgin Media One.