Ballymahon bombshell a hit with TV viewers in 2019

From Longford to Love Island: 2019 has been a hugely successful year for Maura Higgins 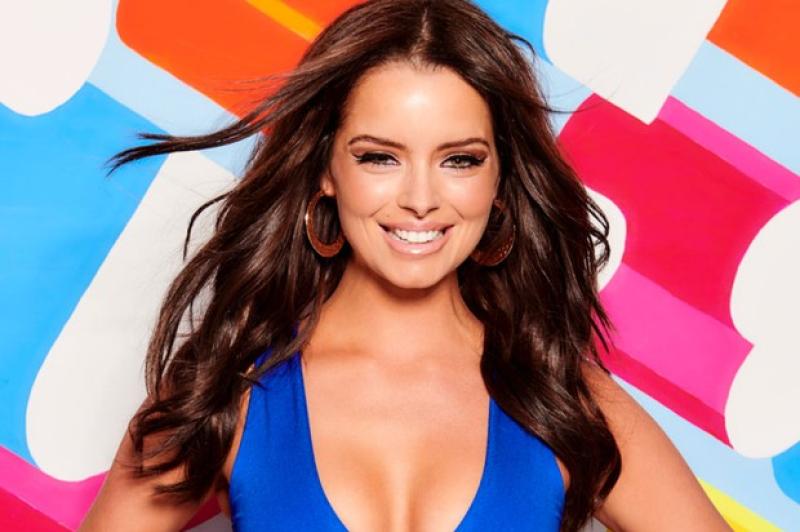 In 2011, a Ballymahon woman was one of twelve Irish beauties to strut her stuff on the catwalk as part of a Babe of the Year competition, which was run in conjunction with the RDS Motorbike Show.

Over the course of three days, the local hairdresser took part in nine fashion shows and, while she didn’t secure the title of Babe of the Year, it was the beginning of something huge.

In 2017, the Forgney lady set pulses racing when she was a ring girl in Cardiff’s Principality Stadium for heavyweight boxers Anthony Joshua and Carlos Takam. Shortly afterwards, she appeared in Liam Payne’s hit music video, Get Low.

At the end of 2017, as a Monster Girl, she travelled to Abu Dhabi for the Formula 1 finale and, in 2018, she went viral with a video of her drifting a car for Monster Energy in Abu Dhabi to inspire women there to drive.

In fact, by that stage, she had travelled all over the globe as one of Monster Energy’s model ambassadors. But that was just the frying pan for this model.

In 2019, the fire really flared up as that same Ballymahon woman strutted into the Love Island villa, causing a stir among the Islanders, making her way with ease to the finale of the popular ITV reality show and ensuring that nobody would forget the name Maura Higgins for a very long time to come.

Since then, she’s had her own slot, Love Ireland, on ITV’s This Morning. She’s appeared on the Late Late Show, launched her own clothing line with Boohoo and lingerie line with Ann Summers. Now she’s ready to get her skates on for Dancing On Ice in 2020. It’s safe to say she’s come a long way since entering Babe of the Year almost a decade ago.

A former pupil of Forgney NS, Maura went to Ballymahon Vocational School and started modelling part-time at the age of 18.

She studied to become a hairdresser and worked in a salon in Ballymahon for some time before her modelling career started to take off.

“I was always interested in fashion, so I can’t say there was any particular inspirational moment,” Maura told the Longford Leader back in 2017 when she was starting to make headlines as a ring girl and a Monster Girl.

“I was always watching the girls on TV advertisements, how they held themselves and what they were wearing. I just wasn’t sure which area of modelling I was going to go into. I knew catwalk wasn’t an option because my height was against me, so I started looking at what other options were available.”

Maura would probably look back on that interview now and think “that’s cute”. But there’s no denying that the seeds of her humble beginnings have really helped her to flourish in ways she could never have imagined when she stepped onto the Babe of the Year catwalk back in 2011.

In fact, back then, being a model from rural Ireland was a disadvantage, with all of the big jobs being snapped up by city-based models with easier access to agencies. But Maura Higgins was determined not to let herself be defined by her hometown. On the contrary, she herself has become a defining personality of that same hometown.

“All of my opportunities so far have come from outside the country. I think the Irish modelling scene is dated and most agencies are being run by former models. You have to be living in the bigger cities to even have half a chance of getting any work at all,” Maura told the Longford Leader back in 2017.

“It doesn’t really bother me at this stage, but for a young girl living in rural Ireland, it can be very disheartening. The only bit of advice I would give is to take any opportunity, no matter how small it seems, and hope it leads to someone seeing your work outside the country.”

If her words back then are true, Irish modelling agencies are probably kicking themselves for not looking at models from the country before. If one of them had picked up on Maura Higgins in her earlier days, who knows what kind of a spotlight they’d be enjoying now on the coattails of her success?

And what a success she’s had this year. From the moment Maura walked into the Love Island villa back in June and said that boxer Tommy Fury was giving her “fanny flutters”, she had a nation captivated. She wasn’t afraid to be herself and, more importantly, had no qualms about going after exactly who and what she wanted.

Maura didn't have much luck in love for the first few weeks of her stay at the villa, but with her thick Ballymahon accent and her Irish charm, she was certainly a firm favourite in the eyes of Love Island fans.

She caused a stir in a positive way when she stuck to her principles and told Tom Walker where to go when she caught him bragging to the rest of the Love Island boys that he was going to see if she was “all mouth”.

He quickly learned that she was not “all mouth” when he lost out on his chance to spend the night in the hideaway with her.

The trust was gone and Maura promptly dumped him, which led to him being dumped from the island soon after.

Perhaps if he’d been more respectful, he’d have had a chance to go all the way to the final with Maura. As it happened, Maura later coupled up with dancer, Curtis - a relationship which is still going strong today - and ultimately finished the competition in fourth place.

From the day of her arrival in the villa, Ballymahon was swarming with national and UK press and the person that felt the brunt of that pressure was Maura’s mother, Sharon, who had journalists “banging on the doors” trying to dig up some dirt on the Ballymahon bombshell.

“But the Longford Leader has always followed Maura from day one when she was in Babe of the Year. And has always been positive. So I just said that I would prefer to speak to my local paper,” said Sharon in an exclusive interview with the Leader paper, the week of Maura’s arrival.

Maura’s decision to apply to be a contestant on Love Island was a lifechanging one and, despite the many reasons she made it big on the show, she initially wasn’t sure they’d even want her. But oh, how wrong she was.

“She didn’t know whether she was even going to have a chance. She was saying to me ‘I wonder will I get it or will I hear back’,” said Sharon, who had no doubt that her daughter’s personality and heart would work wonders for her.

“I was saying ‘have faith; if you were yourself and they could see you for you, you will hear back’. She was kind of doubting if she could and then she got the call and I think the shock set in that yes, they wanted her.”

Everything was kept top secret for some time, with only Maura’s best friends and family knowing what was to come. The rest of us found out the night before the Forgney native landed on the show that she’d be taking the villa by storm.

“They didn’t want it to leak to the press, because she was a bombshell and it would ruin it. But it was a hard secret to keep because we were all so excited,” said Sharon.

“But at the same time, we had to do it for her and we had to keep it quiet and we had to go along and support her 100% and get her ready and help her get the stuff she needed.”

Maura texted her mam when she landed in Majorca but then her phone was taken and everything was kept under wraps.

“It was very tough not to speak to her. Especially when I was used to speaking to her. That was the one thing I found the hardest,” said Sharon at the time.

“She was meant to be in the villa within the first three days. But, because of the dilemmas and the drama that was going on in there, they decided to put Molly in instead.

“And then of course I was getting itchy feet wondering when they were going to put her in, but they couldn’t give me any information until the last minute. They could just tell me how she was and said these things could change at the drop of a hat.”

It’s been one hell of a ride for Maura Higgins who has been travelling Ireland since her departure from the villa, as part of her Love Ireland series on ITV’s This Morning.

And her time on the small screen is certainly nowhere near over as she gears up for the next season of Dancing On Ice. And, with Curtis Pritchard as her partner off the ice, she’ll surely pick up a few moves and cause a stir.

Forgney has certainly brought a lot of positivity for Ballymahon this year and, while the highly-anticipated opening of Center Parcs Longford Forest was a big hit for a while, it’s the people more so than the places that keep Ballymahon alive.

And Maura Higgins has certainly done the town proud.

'Never heard of him': Ballymahon's Maura Higgins hits back after Louis Walsh calls her a 'minor celebrity'