Parenting with the Stented Papa #14: My solo trip to Ikea with the nippers 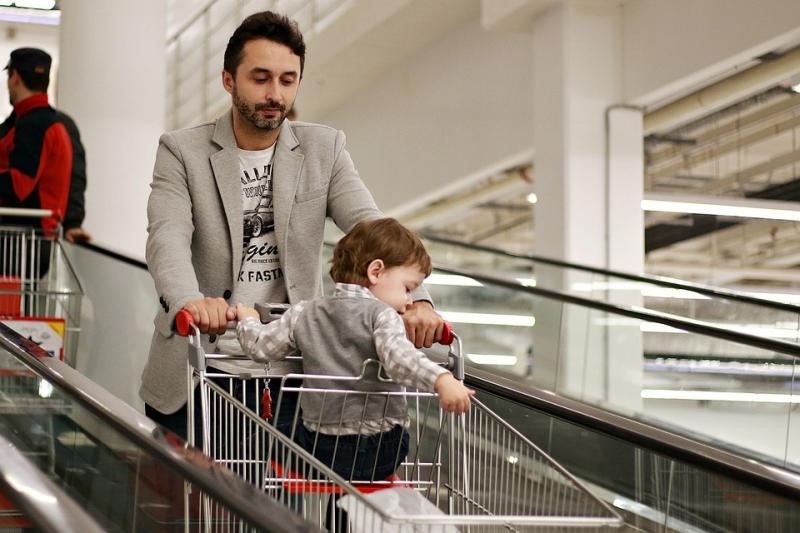 I have spent an obscene amount of time in Ikea for one reason or another lately. To be fair, we tend to go there every few months for three main reasons: breakfast, because it's decent and cheap as chips for a family munch; creche, because the nips love it and we get 45 minutes of kiddy freedom - win/win; to buy products that the Stented Missus tells me we need. But honest to God, lately it feels like I've taken up a residency there!

To be fair, I don't mind going there. In fact, I kind of like it as long as it's only every few months. Normally we go as a family unit but on this occasion, The Stented Missus was in the States on work so it was just me and the Nips.

Mistake #1: We always kick off with the food, breakfast before 11am, or dinner if you miss the cut off point. The logic of food first? Well, to stop any possible meltdowns of course. In theory …. read on!

Putting things in context, the Nips were wrecked. Nip2 in particular keeps waking up each night - over anything and everything! No messing, last night, 4.30am she’s there standing beside me saying she’s awake because the lava lamp wasn’t turned on in her room.

Parenting with the Stented Papa #13: Halloween - Then & Now

Anyway, it's fair to say, they were fairly tired and emotional. But sweet Jesus did they lose it over the tiniest things. The old ‘my legs aren't working’ trick. So I refused for ages because guess what? There’s nothing wrong with her legs.
But after a good ten minutes plus of her roaring at me demanding I pick her up (we're still in the car park by the way), I calfed because sometimes your nerves just pack in and you do what's easiest even though it's not the right thing to do from a lesson learned POV. Dad 0 - The Nips 1

If/when Nip#1 loses her head, you know she's proper annoyed. And boy did she lose it - over a trolley. She was insisting on one of the long trolleys but as I was only there to get two items (a desk and matching chairs), I only needed a regular trolley. Mistake #2. Dad 0 - The Nips 2.

At this stage, toilet training is well done and dusted. Or so I thought. And because we’re passed that stage, I don’t bring a bag with spare clothes, wipes, etc anymore. Mistake #3. Dad 0 - The Nips 3.

Any parent will know that moment. When your child’s facial expression changes slightly, they eyeball you, go slightly red-ish in the face and then BOOM. The smell. Then and only then do you know, it's poo time.

It was simply her deciding: ‘I'm done with that big bowl in that small room. Pants it is so’, while eyeballing me as if to say ‘up your kazouee Pops, I'm doing this and there's wack all you're gonna do about it’!

Knickers in the bin. God help whoever had to empty it that’s all I can say.

At this stage, I just wanted to go. My head was like a melted bucket. But wait - the alarm on my phone rings. Agh ha!!! Clever Daddy had secured a 45 minute spot in the creche when we first arrived.

It was like I'd just won the lotto - 45 minutes on me jack, food, coffee and read my new book to help my business.

Jackpot Dad 1 - The Nips 3. News Flash - 45 minutes last no time. By the time I queued up, got my food and coffee, sat down and enjoyed it the hopper for the creche went off for collection. I ‘kid’ you not.

I'm telling ya... the powers that be really had a problem with me today for some reason because both items I came here for were sold out. I nearly clocked your man when he told me. Lost count of the score at this stage too.

So all in all, we spent the guts of five hours in Ikea - bought absolutely nothing bar a bit of grub (hot Dogs - which the floor got most of by the way) and my nerves in tatters.