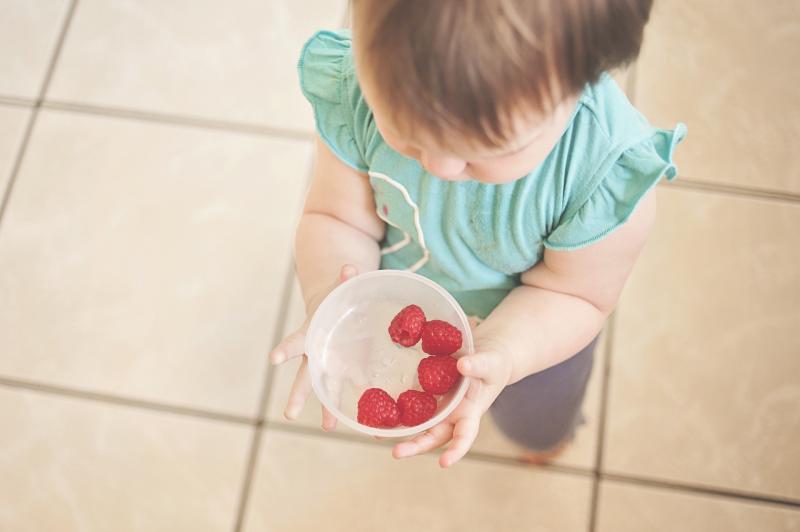 With complete and utter shock, two nights ago I watched a report on one of the news channels which confirmed a young boy in the UK actually went completely blind at the age of 17 because of his diet.

At first I thought it was a joke if I’m being very honest. This is no hoax, it was for real and since then it’s been on multiple media channels in Ireland, the UK and even on CNN in the States.

This boy was what people refer to as a ‘fussy/picky eater’. Here’s what his diet consisted off for a number of years…

* Chips on a daily basis (from the chipper, not the frozen kind)
* White bread
* Pringles/crisps
* Sausages
* Processed Ham

And now he’s blind. Irreversible blindness. Read that part again - irreversible. Bloody hell.
Reports are suggesting it was as much to do with the fact that his diet was completely devoid of fruit and vegetables (and associated deficiencies as a result) married to limiting his intake to only include the above diet.

Much akin to anyone in the 70s/80s/90s who suffered with a real medical condition, albeit without a correct modern day diagnosis - think of disorders such as Dyspraxia, ADHD or Haemochromatosis - where people where so cruelly and incorrectly labelled as ‘not all there’, ‘touched’, ‘odd’, ‘weird’ (etc, etc). The term ‘fussy eaters’ is equally just as incorrect and ignorant as the above.

It is a real and proper eating disorder. It’s called ‘Avoidant Restrictive Food Intake Disorder’ or ARFID for short.

It can also be known as Selective Eating Disorder (SED). Colour, shape, texture, taste of foods are just some of the trigger points for people who suffer with this. And it’s not just children who are affected, adults can be too.

If you would like to read more about this, simply search ‘boy goes blind from diet’ in Google and read/watch what shows up. Knowledge is power.

I’ve written about my nips’ relationship with food before on my blog. While I’m 100% sure they don’t have ARFID/SED, I know for sure their natural relationship with a large majority of food is an issue. As a parent, am I alone? I seriously doubt it.

Food choice today is huge. Years back it wasn’t for many reasons. But a pushed plate is a pushed plate. Every time something is refused (like broccoli for example), I try not to make a big deal about it but I will still plate it up again and again in the hope they’ll try it at some point. How do you try to get your children to eat something they have refused in the past?

Am I scared for my girls after reading the report about this boy? Scared isn’t the word I’d use but it has 100% highlighted the need to have my girls’ bloods taken periodically to see if there are currently any vitamin or mineral deficiencies in their little systems.

The specialist who diagnosed that boy in the UK said if there is an issue - like a lack of vitamin A and/or B12 for example - catch that early and you can avoid a potentially major life changing situation for your children.

Where are your kids in terms of eating a rounded balanced diet? Are they surviving on the above five foods (or similar) or are they big into their fruit and veg as well as all the rest?

All thoughts and feedback are very welcome. Feel free to email me: ross@thestentedpapa.com, where I will personally reply to you and discretion is 100% assured.

Parenting in today’s world…. What a challenge!

The Stented Papa #1: 'It’s just bananas how fast time is flying by'