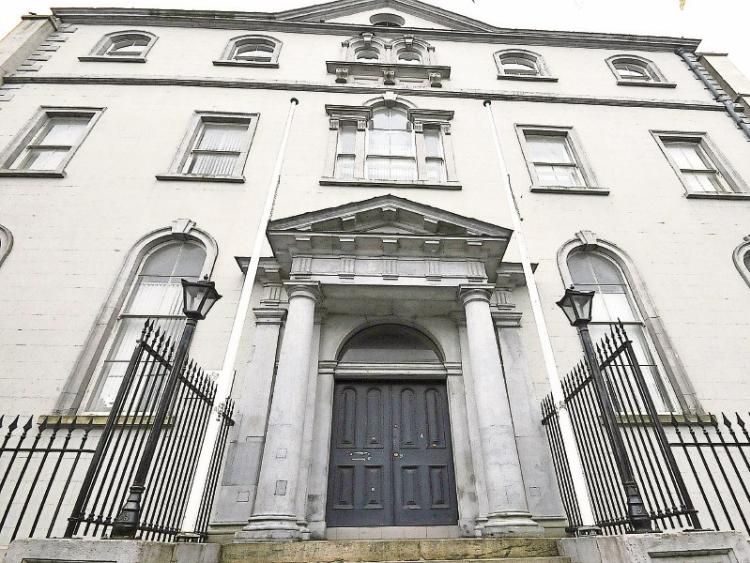 A Cavan man accused of possessing a gun and other weapons during the course of threatening to kill another man has been remanded in custody with consent to bail.

Patrick Lee, 26 Willow Ridge, Oldtown, Cavan was brought before a sitting of Longford District Court last week where details of the charges were laid out before Judge Conal Gibbons. Garda Mark McGowan gave evidence of arresting the 30-year-old at 5:30pm at John Paul Avenue in Cavan town.

The following evening at Cavan Garda Station and just before midnight Garda McGowan said he charged Mr Lee with two alleged offences, one of which involved the possession of a black pellet gun, shovel and two wooden blocks with intent to cause injury to another person. The items were found at the scene while the black pellet gun was allegedly discarded before also being recovered by investigating officers.

The second charge Garda McGowan issued Mr Lee with was of threatening to kill another man contrary to Section 5 of the Non Fatal Offences Against the Person Act 1997. Both alleged incidents took place last Saturday week (August 24) at Tullymangan Upper, Cavan, Co Cavan.

Mr Lee, who was wearing a Manchester Utd soccer jersey and green shorts in court, made no reply to both charges after caution, Garda McGowan said. Solicitor for Mr Lee, Trish Cronin applied for bail, an application which was objected to by the State.

Garda McGowan said the prosecution were not in favour of acceding to bail due to the serious nature of the alleged offences, the second of which carries a jail sentence of up to and including ten years. Judge Gibbons, however, remanded Mr Lee in custody with consent to bail provided a number of conditions were met and approved by the court.

They included remanding him on his own cash bond of €400 along with an independent surety of €2,000 of which €500 was to be lodged in cash. Mr Lee was also ordered to refrain from committing any offence while on bail and to be of good behaviour.

The accused was likewise instructed to reside at his aforementioned address and to sign on daily at Cavan Garda Station between 9am and 9pm. Other noteworthy conditions included the observation of a curfew between 10pm and 7am, to not have any contact whatsoever with potential prosecution witnesses in the case and to be available for contact on his mobile phone 24 hours a day.

Mr Lee was remanded in custody with consent to bail ahead of a scheduled reappearance at Harristown District Court last Friday (August 30).