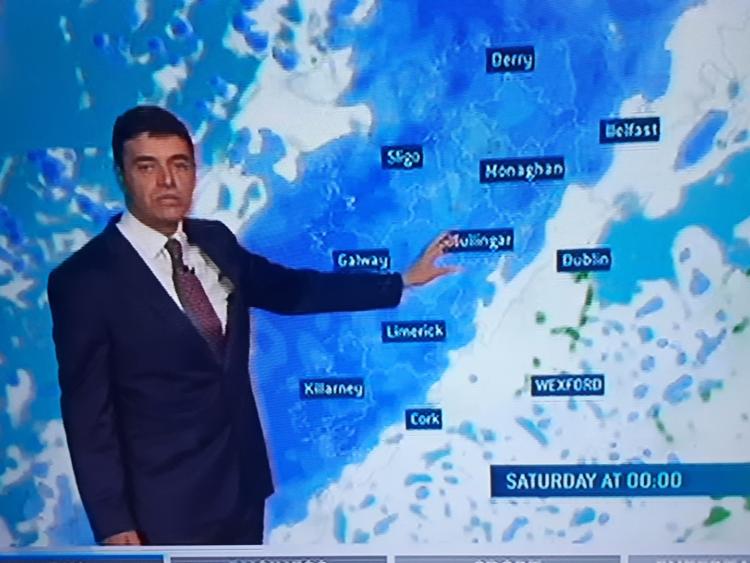 Met Éireann's weather forecast on the eve of the Electric Picnic shows the Laois venue possibly escaping the worst of Friday's heavy rain until late in the night into the early hours Saturday morning.

However, Met Éireann has issued a Status Yellow Rainfall warning for Connacht and the western sea board and Longford will be hoping to escape the monsoon like rain that led to significant flash floods on the weekend of August 9 - 11 last.

In the forecast after the RTÉ news, Met Éireann meteorologist Gerry Murphy confirmed expectations of an unsettled spell of weather but Electric Picnic may not get the deluge that will hit other parts of Ireland.

He said wet weather is pushing in from the Atlantic would bring heavy rain on Friday to western counties but Leinster would get patchy rain during the day.

He said Friday would be overall mostly cloudy. He said the persistent rain would be mostly confined to the west during the day. While it could drift eastwards for a time, he said it would likely remain dry until later on Friday.

Outbreaks of rain tonight in the west and north, turning heavy and persistent towards dawn. Elsewhere, a good deal of dry weather overnight. Lows of 12 to 15 degrees in fresh southwest winds.
Friday will be wet in many areas, but the south and east will remain mainly dry. pic.twitter.com/i9qsvbisTp

"As we go into the late evening and the night, the heavier rain will spread to all areas gradually clearing overnight," he said.

As to the rest of the weekend, he said cooler clearer showery conditions would set in for Friday and Saturday.

Also read: €32 million to be invested in Longford under the National Broadband Plan

"It will change to cool, breezy and showery conditions for Saturday and the same for Sunday as this northwesterly airflow persists," he said.

FRIDAY, AUGUST 30
Rain will continue to be persistent and heavy tomorrow through much of the west and north of the country but many parts of Leinster and Munster will remain dry until late evening. Highest temperatures of 16 to 20 degrees in gusty south or southwest winds.

Friday night will be very wet with persistent and heavy rain for a time. Winds will be light to moderate inland, southerly first and later westerly. Along south and east coasts it will be breezy for a time with fresh to strong southerlies. Lowest temperatures of 10 to 14 degrees.

SATURDAY, AUGUST 31
On Saturday morning, it looks as though heavy rain from overnight will give way to bright or sunny spells and showers. Highest temperatures 15 to 18 degrees in moderate west to northwest winds.

The showers will become confined to Atlantic coasts overnight on Saturday. Lowest temperatures of 8 to 10 degrees in moderate westerly breezes but strong at times on Atlantic coasts.

SUNDAY, SEPTEMBER 1
Sunday will be a fresh and cool day with sunny spells and scattered showers. Some of the showers will be heavy, especially in the northwest. Highest temperatures just 14 to 17 degrees with moderate to fresh west to northwest winds.

Early next week: largely dry and bright, some rain possible on Tuesday. Temperatures around normal.